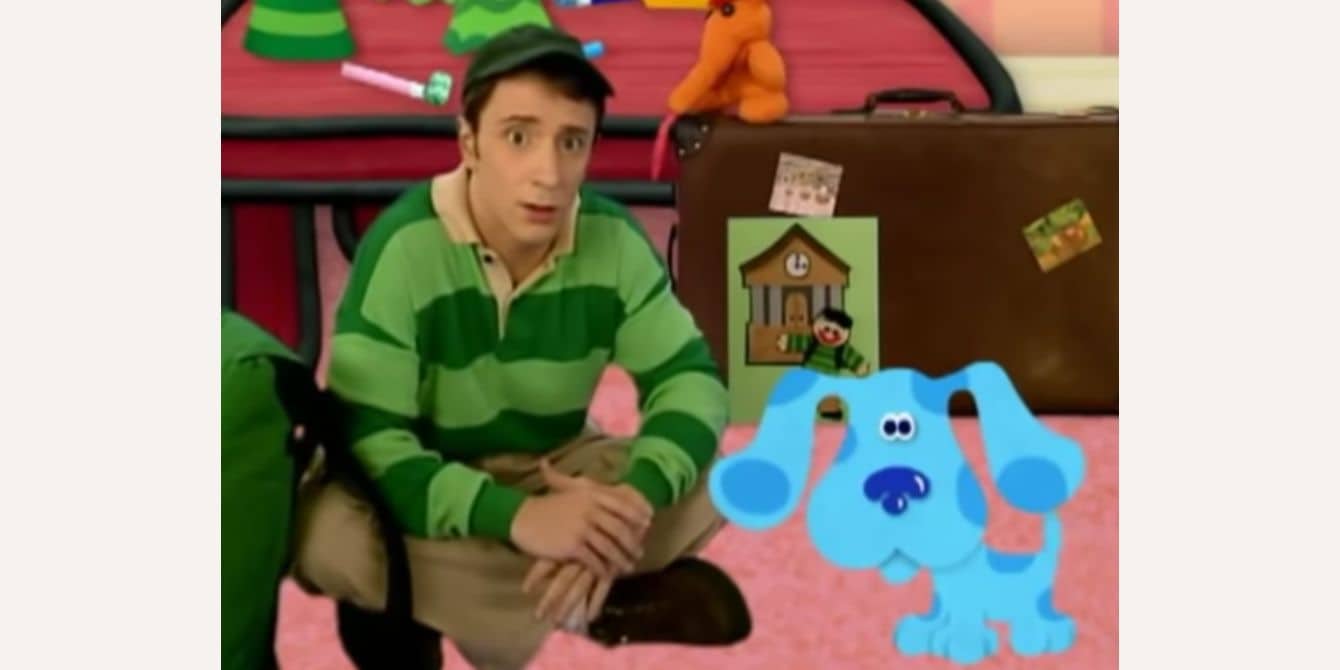 If you were a “Blue’s Clues” household in the late ’90s and early ’90s, then the show’s host, Steve Burns, was just as beloved as that adorable dog, Blue.

So when Steve Burns announced he was “going to college” and leaving the show, the hearts of young and old alike were shattered. For the first time since that day in 2002, Steve has spoken openly about the real reason he left all those years ago. And yes, it is heartbreaking.

In a recent interview with Variety, Steve said, “I didn’t know it yet, but I was the happiest depressed person in North America. I struggled with severe clinical depression the entire time I was on that show. It was my job to be completely and completely full of joy and wonder at all times, and that became impossible.

The super popular children’s show, which first aired in 1996, in which Blue left clues in the form of paw prints and Steve had all kinds of adventures, followed the clues and spoke directly to the audience, was, like any other children’s show, full of energy and curiosity.

“I was always able to dig and find something that felt authentic to me and was good enough to be on the show, but after years and years of going to the pit without refilling it, there was a cost,” he added.

Filling someone else’s cup when your own is empty or draining quickly is as common to motherhood as it is probably to any other profession where you are constantly “on” and need to show up with a certain happy presence. But as it inevitably does, all that giving eventually takes its toll on you.

“My strategy would have been, ‘Hey, you’ve got something great, so just fight it!’ he explained, “It turns out you’re not fighting depression; you’re collecting it.”

As heartbreaking as it is to suffer from mental health issues and be in the public eye, Steve also shared that there was more to it. He talked about his hair loss, how he “wouldn’t be boyish anymore” and how everything pointed to him having to leave the show despite the hit status.

Since making the decision to leave, he said he had a “long period of healing”. Not only did he deal with the loss of a parent, but he also left the public eye for a very long time.

That is, until 2021 when this video went viral on social media and all the ’90s babies rejoiced (and cried).

Steve assured his old fans, the adults who still remember him, that he has never forgotten them. It sure is a tearjerker of a video!

Now it’s come full circle as Steve, who appeared in a few episodes of the “Blue’s Clues and You” revival series on Paramount+, will also appear in the upcoming live-action movie, “Blue’s Big City Adventure.” The film will be released on Paramount+ on November 18.

In the same article, Steve Burns also mentioned that he now travels the country and talks about mental health. He said, “But Steve became my role model. Because he wasn’t afraid to ask for help.”