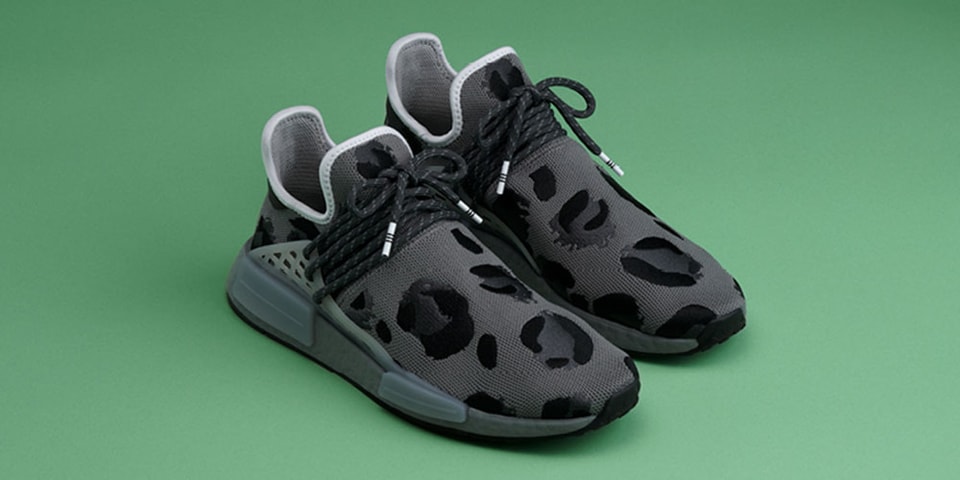 Pharrell Williams and adidas Originals are at it again, gearing up for the release of their latest Hu NMD style.

The pair are returning to an animal print iteration of the shoe they released in June earlier this year. The design retains the shoe’s original silhouette and features a cheetah-inspired pattern knitted onto the sock-like upper. An updated version of its predecessor, the sneaker comes in a monochromatic “grey” colorway, with different hues for added contrast. The shoes are complete with dark gray laces and a BOOST sole, while a touch of neon green can be found on the Pharrell Williams and Trefoil branding on the heel tab.

The latest release comes about a month after the all-black Hu NMD S1 RYAT from the collaborators, which was first teased by Pharrell himself last spring.

Take a closer look at the design above. The Hu NMD Animal Print “Grey,” priced at $220 USD per pair, will launch on November 23 at adidas stores, on the Confirmed app, and at select retailers.