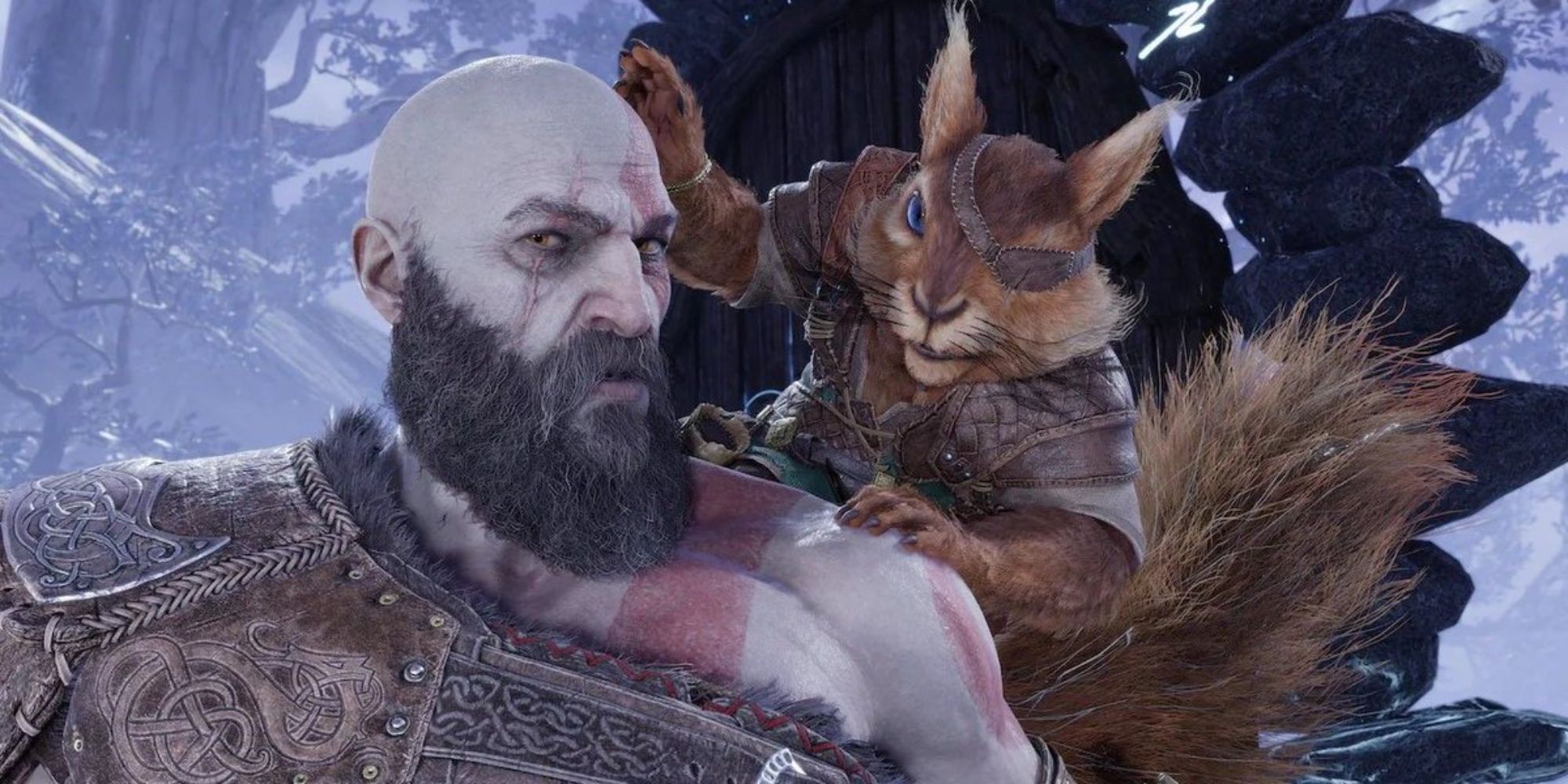 Most people know that anything that stands in the way of Kratos and his main goal will be pulverized. Whether with his blades, axe, or bare hands, Kratos has shed buckets of blood over the years and isn’t too concerned about the creatures that blood comes from. Well, animal rights group PETA would rather Kratos save a few more lovable animals on his journey through the Nine Realms, and has asked developer Sony Santa Monica to put a “PETA mode” into the game.

In several posts via the official PETA Twitter account, the organization is asking Sony Santa Monica to let players experience Ragnarok without having to dish out “violence against animals.” Anyone who spends even a few hours with Ragnarok will be aware that Kratos slaughters a slew of animals that get in his way, but PETA wants there to be a way to avoid all that bloodshed. Be warned that mild God of War Ragnarok spoilers lie ahead.

THE GAMER VIDEO OF THE DAY

Related: Atreus is meant to be annoying, that’s the whole point

PETA specifically points out the boss fight that takes place between Kratos, Atreus, and Garm, a large wolf you must defeat while visiting Helheim. PETA claims this wolf was chained up in the cold for a long time with no food or water available to him. Near the end of the shared video, it urges players to request a “PETA mode” that players can activate so they can get past Garm without hurting him. Noble intentions, sure, but I think Sony Santa Monica has more pressing business to attend to.

This isn’t the first time PETA has called on a major publisher to change one of its games as well. A more notable example of this was during the launch of Far Cry 6, when PETA demanded Ubisoft remove the game’s – quite frankly unsavory – cockfighting minigame. In the end, nothing has changed and it’s quite likely that the God of War series will be slaughtering a lot of animals in future titles.

Next: Sonic Frontiers is the fastest game since Saints Row 4