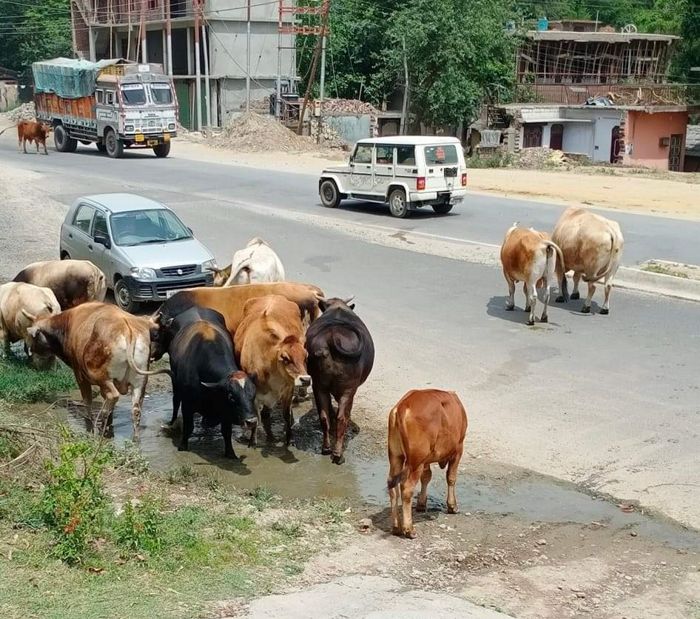 Despite state government claims for stray animal rehabilitation, nothing worthwhile has been done so far. Dozens of strays still roam the roads, posing a threat to commuters.

The number of road accidents involving stray animals has risen in recent months. Nothing has been done to follow the Supreme Court’s orders regarding the establishment of livestock sheds.

Several volunteer organizations and social agencies had urged the HC on Monday to direct the state government and municipal agencies to monitor the stray animal threat. They say the state government is collecting Re 1 a bottle from liquor vendors to set up a barn for stray cattle, but no one knows what the money is being spent on.

The Municipal Corporation and the Animal Husbandry Department have failed to curb the stray animal threat due to a lack of resources and funds for this purpose.

The situation in Ghuggar and Lohana Aima villages is even worse. Herds of stray cattle gather near Kalibari Temple and SSB Chowk, posing a threat to commuters.

In June this year, a 60-year-old day laborer, Udho Ram, was killed when a stray bull hit him twice near Nehru Chowk. He was taken to TMC in critical condition, where he succumbed to his injuries.

Earlier, an 80-year-old woman, Kesari Devi of Rajpur in ward number 11 of the city was killed when a stray bull hit her. The deceased was attacked by the bull as she was on her way to a shop in Rajpur Chowk.