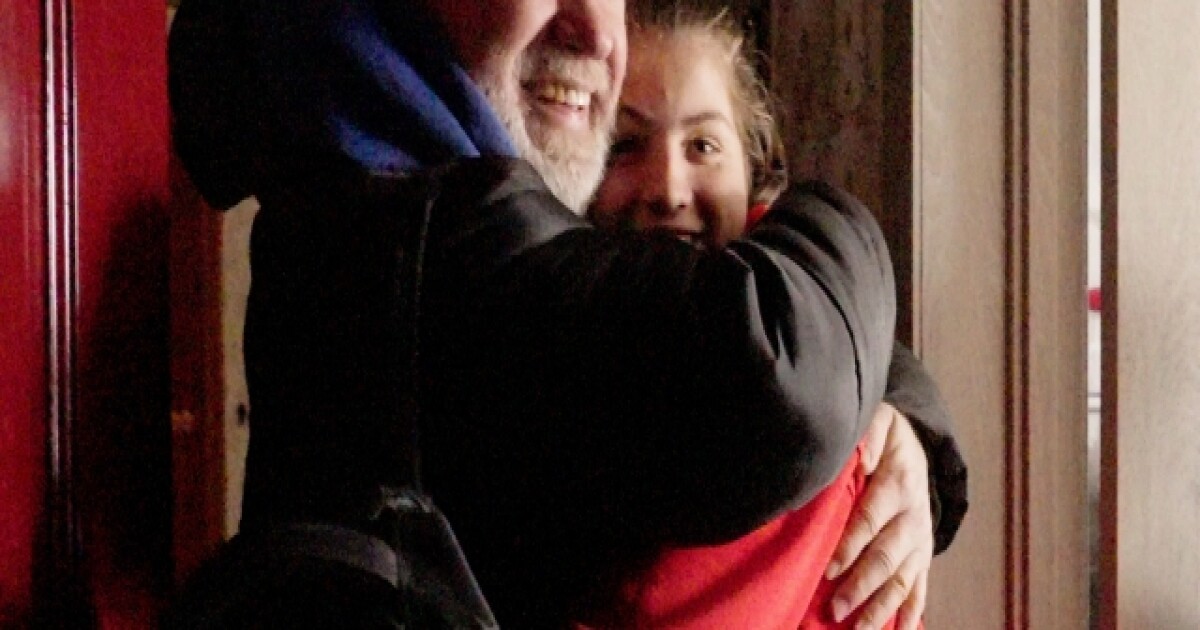 A middle-aged man shuffles across Kherson’s main square – yet another face in a war-weary crowd. He walks like a man who has endured a brutal occupation – like everyone else here. As he passed a line of people waiting for help, a woman shouted – ‘en-heroy’, meaning ‘you are a hero’.

She is right. His name is Volodymyr Sahaidak, and he’s the reason Newsy went to Kherson, along a battle-ravaged road full of checkpoints and landmine warnings. Newsy wanted to meet him in person and the children he saved.

Sahaidak is the director of a home for orphans and other departments of the state – ranging in age from four to fifteen years old. Newsy first met him via video conference in March, when he and 50 children hid in a crowded room from the invading Russian force.

In a later phone call, we heard from a sixteen-year-old named Denis – one of the older boys there – speaking on behalf of the group.

“The older kids help the younger ones,” he said. “They try to focus their attention on activities, games, cartoons, but they all know, including the young people, what is happening in their country.”

At the end of that conversation, Newsy’s Jason Bellini told Volodymyr that he would do his best to get to Kherson, though the odds seemed slim at the time.

This became possible just days ago, after the Ukrainian counter-offensive forced the Russians to leave Kherson.

Sahaidak guarded the orphanage for months. He showed us the room where he slept next to some staff members. Their home was now with the orphans they had promised to protect.

But the war raged on and finally the Russians came.

They forced Denis and the other teenage boys to go to Crimea. The Russians had also taken documents about the children.

Sahaidak knew he had to hide every child. But it took time – months to drive them away, some with distant relatives, a few local volunteers and others with staff.

We met Misha, Katya and Vlad. They live with their teacher, Halina Kulakovska. She took them to her small apartment with no electricity. Her gas stove was the only heating and her small porch served as a refrigerator.

She and the children hid in fear, as orphans in Kherson began to disappear.

Sahaidak took Newsy to a church that was supposed to be a sanctuary for 46 orphans – all babies and toddlers. But the Russians found them and took them.

It is not possible to accurately count how many children were taken from Ukraine to occupied Crimea and Russia. Ukraine says 8-11,000, but reports out of Russia this week suggest it could be tens of thousands.

Among them is Denis – the 16-year-old who spoke for the little ones all those months ago.

Newsy is the country’s only free 24/7 national news network. You can find Newsy for free via your TV’s digital antenna or stream. See all the ways you can watch Newsy here.