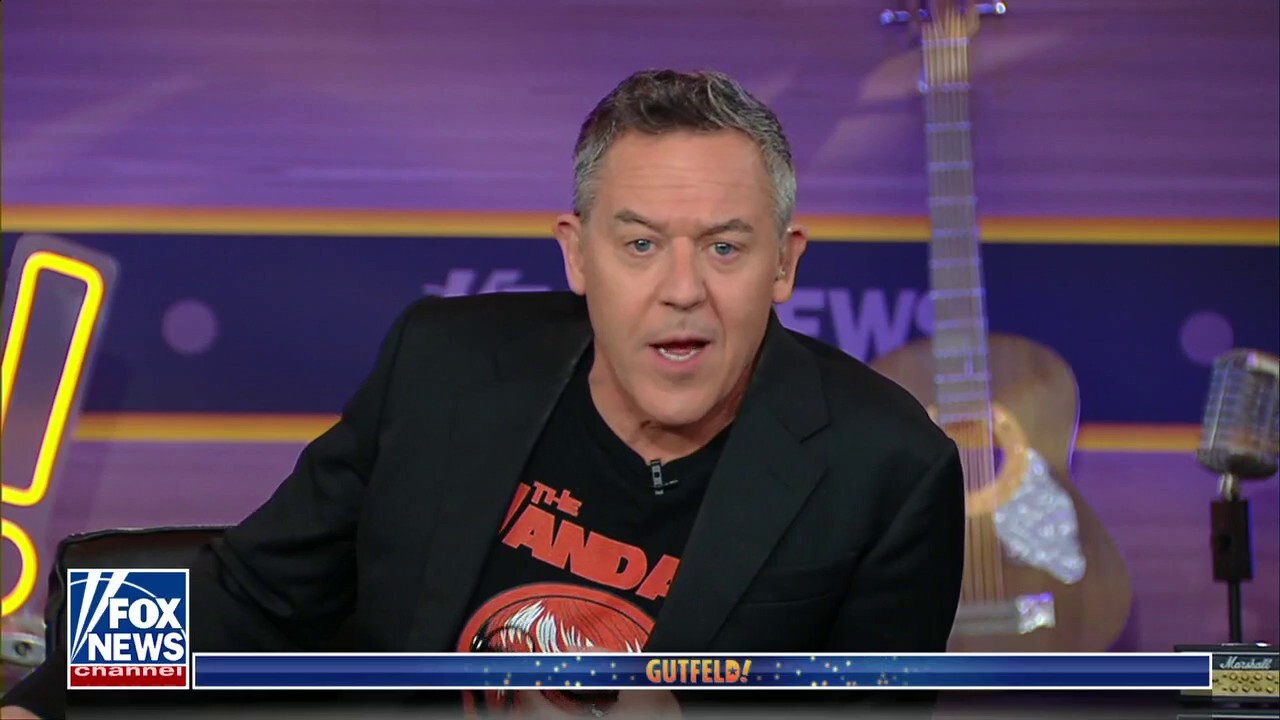 Okay, let’s have a monologue. Now, things can get a little weird, so stick with me. But tonight I want to talk about dogs. As I’m sure many of you know, I recently got a dog of my own. Yes, I got sick of stealing from other people in the park.

Well, his name is Gus. And unlike the cast of “The View,” he doesn’t bite people when he’s hungry and close to potty training. And unlike Joe Biden, he doesn’t mark his territory with urine and can climb the stairs himself. Admittedly, Joe is just another mammal that needs to be let out.

But ever since I got Gus, I’ve started to realize something interesting about dogs in relation to politics. You see, I think dogs are the great unifier. That as much as certain leaders try to tear this country apart, sometimes dogs quietly help to hold us together. Okay. Pelosi is very divided, but that’s because she’s 90% pit bull. But we’ve been together for 30,000 years. You know, when people were barely dressed and smelled awful. But enough about Seth Rogen.

GREG GUTFELD: FLORIDA IS “THE OPPOSITE” OF THE SYSTEM

So dogs must really like us. Think about it. Dogs are perhaps the one thing that people from all sides of the political spectrum agree and love. Well, that and pizza. You know, even communists like dogs, but mostly pizza. Hey, the truth hurts. Remember, during the riots, or as CNN called it, “peaceful protests,” no pet stores were set on fire. Well, there was one shop, but the animals were saved by one guy.

So why is that? Well, part of it is that pets – dogs provide – are the perfect companions without baggage. Dogs are easy to understand. They want to eat, walk, pet. It’s like a husband minus the complaining. And like a husband, they sometimes bring me a dead bird on my birthday. But while a friend might shut you up about global warming, your corgi will never bark at you about the Green New Deal. He might poop on your living room rug, but Jerry Nadler does both.

But some dogs can be interested in politics if given the right mentor. Here’s Gus when he hears the beginning of Tucker’s show.

TUCKER CARLSON: Good evening and welcome to “Tucker Carlson Tonight.” The frustrating thing about the news media, terrible as they are, is that you need them. You cannot understand the world except through the news media.

But here’s Gus when he hears Brian Kilmeade.

To be fair to Gus, almost everyone has that reaction when they hear Brian Kilmeade talk, including meth and crack addicts. And sure, there are some interesting parallels between dogs and Democrats. We know that dogs, like some Dems, will pounce on anything given the chance. And yes, some dogs and some Dems have fleas. And dogs sometimes fart on TV. But for the most part, dogs create infinitely more love in this world than trouble.

And if you still don’t believe me, consider this. Me, Kat and AOC all have a Frenchie. So a right-hander, a libertarian, and a left-handed wacko are all the same race. Talk about unity. But damn do I feel sorry for AOC’s mutt. Imagine listening to that barking all day and constantly having to clean her up. Oh.

And no offense to cats or cat owners out there, your pets have a lot to offer too. But pooping in a box in the kitchen is not one of them. And if you’re a professional wrestler who owns some turtles, that’s fine too. Giant tortoises would make a great pet for Nancy Pelosi. They both live hundreds of years.

But remember, the next time you accidentally spill peanut butter and I’m not sure how you spill peanut butter, but if you spill it anywhere on your body, your cat won’t be there to get it off you. But your dog or perhaps Brian Stelter certainly will. If Ana Navarro isn’t ahead of him.

Greg Gutfeld currently hosts FOX News Channel’s (FNC) “Gutfeld!” (weekdays 11pm/ET) and co-host of “The Five” (weekdays 5pm/ET). He joined the network in 2007 as a contributor. He is the author of several books. His latest is “The Plus: Self-Help for People Who Hate Self-Help.” Click here for more information about Greg Gutfeld.