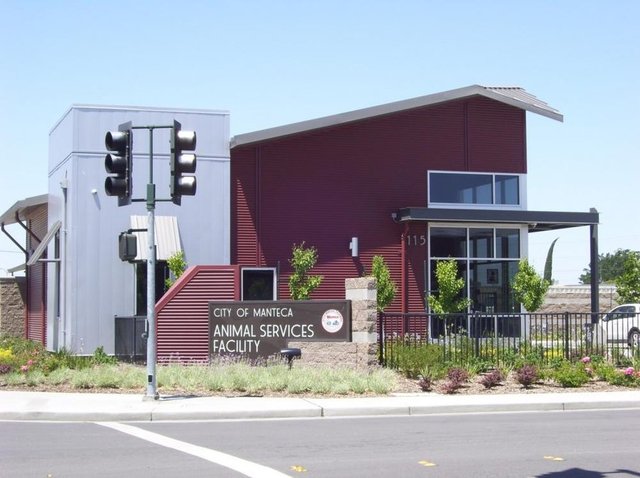 The City of Manteca does not have a lawnmower that can cut the grass at the animal shelter.

As a result, a volunteer has used his personal mower to do the job so weeds and such that have taken up much of the yard won’t cause problems with thorns sticking to the paws of dogs being exercised.

“As a community of 90,000, we should be able to afford a lawnmower,” Manteca Mayor Ben Cantu said at Tuesday’s council meeting.

He added, “A city of 90,000 people shouldn’t have to rely on volunteers to maintain city properties.”

His remarks were made after speaking to several citizens who are part of a group of community volunteers helping out at the shelter. They are trying to shed light on the shortcomings in an effort to get the city to take corrective action.

The lack of a lawnmower – which the council was made aware of several months ago when others spoke of the need for animal shelters prompting a formal presentation of the facility’s condition and shelter policies at a council meeting last month – hit again the order when a citizen asked about the progress being made to lay sod that contains more weeds than grass.

They also noted that the area also has several gopher holes, posing a safety concern for dogs and humans.
Specifications indicated by the staff will be made and a contractor will be brought in to do the sod work.

As for the lawn mower, it was indicated that the department that maintains landscaping at city facilities has not had a small mower to handle such a job for several years.

The fire department has a residential style lawnmower, such as the animal shelter needs to mow grass at the Powers Avenue station.

However, the station currently has no grass to mow as the city allowed it to die to comply with drought rules of not watering ornamental grasses.