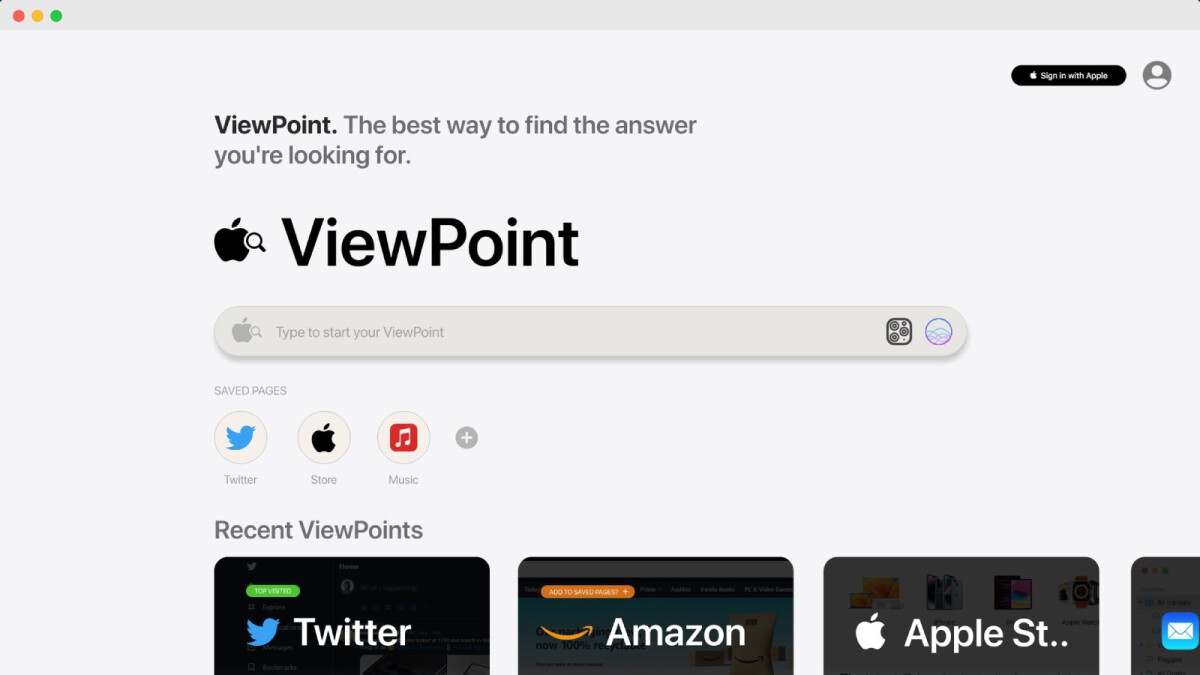 When it comes to your everyday web search, the majority of the world’s population would usually use Google, while most other search engines bow to the undisputed king of search, and unfortunately, that’s a fact. It seems no one can put a dent in Google’s near-monopolistic grip on web search.

Could Apple be Google’s proverbial fly in the ointment?
Well, recent rumors indicate that Cupertino has been developing its own search engine for some time now (at least since 2020), with the goal of eventually making it the default search service in the Apple ecosystem. And despite the reports that this project will be delayed for at least four years due to brain drain, we can still visualize our expectations of this potential Google killer.
Well, designer Tom Hyoos has kicked up the excitement for the Apple search engine and has come up with a beautiful mockup of what the potential service could look like. They shared some really great mockups on Twitter, including a possible name for the search engine: Apple ViewPoint. Definitely feels Apple-y and makes sense.

And this is what Tom Hyoos imagines Apple’s search engine to look like on a MacBook.

Finally a cool mockup of the potential name for the search engine. See how neatly the magnifying glass matches the cutout in the Apple logo.