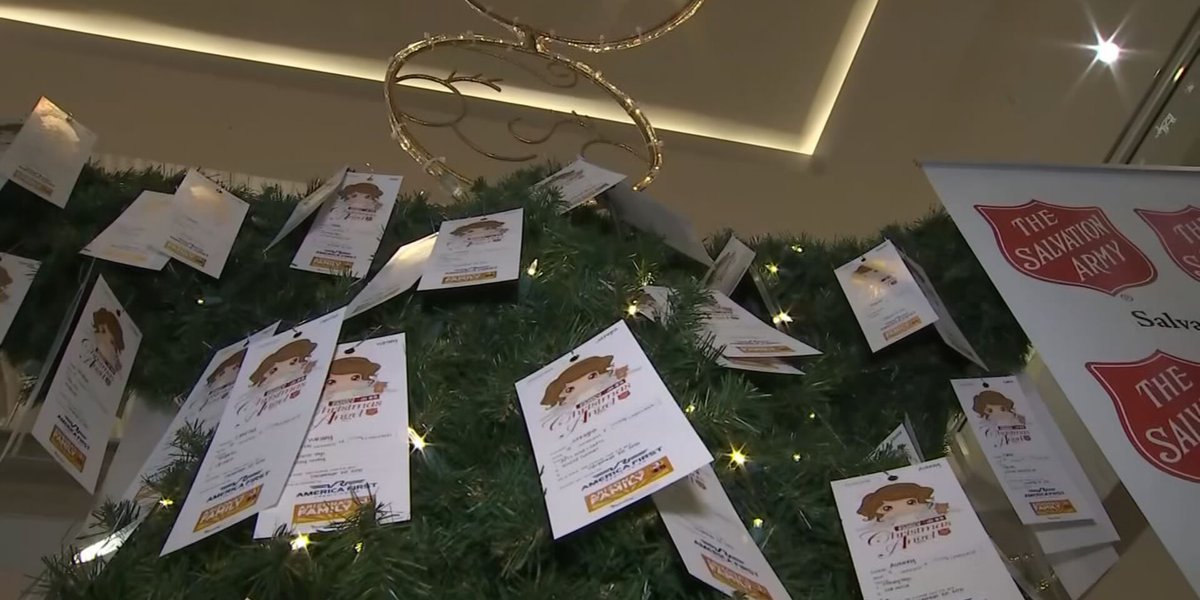 Hundreds of thousands of children have received gifts throughout the 36-year history of the Christmas Angel Program. Devin Del Palacio, who serves on the Tolleson Union High School District Governing Board, was one of them. He and his younger sister were raised by a single mother. It was often hard, but Christmas was always magical.

He didn’t learn he got those gifts from the Christmas Angel program until he was older. He said his mother had him make a list of three things he wanted for Christmas.

His lists went to Santa’s helpers here in Arizona. He was surprised to learn that other Arizona residents were buying the things on his list and the lists of thousands of other kids like him. He remembers his younger self thinking it was “cool” that there were people out there doing that.

“We didn’t have it easy growing up,” said Del Palacio. “It was a challenge. But my mother always made sure we had a roof over our heads and something to eat on the table.”

He says that thanks to the Christmas Angel program, Christmas was the one day of the year when he felt like a “normal kid.”

“Christmas mornings when I was growing up as a kid were always something special. I forgot we were living in a battle that morning,” he said. “When I opened my presents, it gave me so much pleasure, and you just forget for a moment that you actually have less than.”

Now an adult, Del Palacio tries to recreate the magic of his Christmas mornings for other children in the community by supporting the Salvation Army and the Christmas Angel.

“Every year I’m going to select different kids from the tree to make sure they get what they need to have the same experience I had growing up on Christmas morning.”

“You don’t have to be rich to participate in this program. You don’t need to have a lot of resources,” he continued. “For the same money you spend on a cup of coffee every morning, you can put a smile on a child’s face during the holidays. To me that’s worth it. Start small. It doesn’t take much. Our children need to feel the joy. They need to feel appreciated. And this is one way we can do that.”

Following Del Palacio’s lead and making an Arizona kid feel special this Christmas, visit one of the malls listed below and pick up a tag (or two!) from a Christmas angel tree. All you have to do is buy what’s on the tag(s) and return the unwrapped gifts to the Angel Tree where the tag goes.

You can also adopt an angel (or two) online or make a general donation so that Santa’s helpers can buy the gifts.