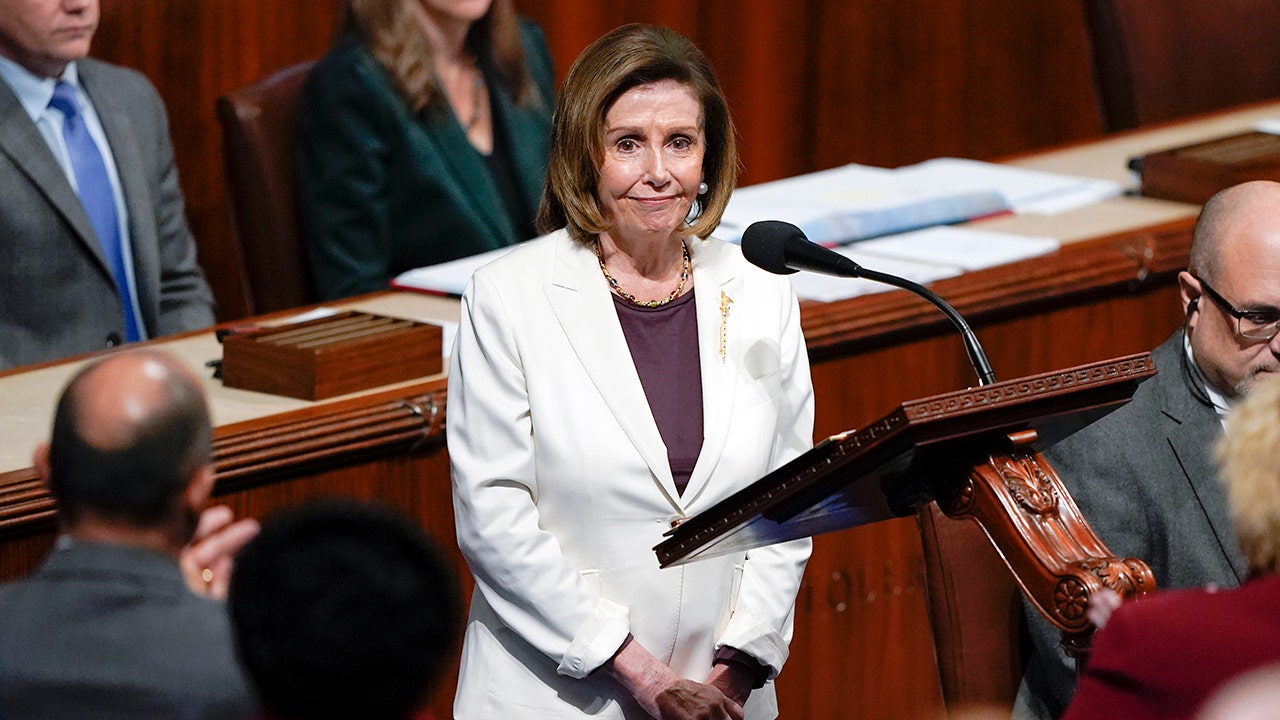 Speaker of the House Nancy Pelosi ignored former President Donald Trump in her farewell address to Congress on Thursday.

The Democratic icon expressed how honored she felt to have served alongside Presidents George W. Bush, Barack Obama and Joe Biden, but did not mention Trump at all. Pelosi said in a speech on the House floor Thursday that she plans to stay in Congress but will no longer seek leadership positions in the Democratic caucus.

“Now we must face the future with courage, based on the principles that have brought us this far,” she added.

House Speaker Nancy Pelosi of California acknowledges applause from lawmakers after speaking on the House floor at the Capitol in Washington, DC, on Thursday.
(AP Photo/Carolyn Kaster)

President Donald Trump speaks after being awarded the Presidential Medal of Freedom, the highest civilian honor, to Olympic gold medalist and former University of Iowa wrestling coach Dan Gable at the Oval Office of the White House in Washington, DC, on Dec. 7, 2020.
(AP Photo/Patrick Semansky)

Biden released a statement shortly after her speech praising Pelosi. He also reportedly called Pelosi on Thursday morning to congratulate her.

“When I think of Nancy Pelosi, I think of dignity,” Biden wrote. “History will note that she is the most consistent Speaker of the House of Representatives in our history.”

“There are countless examples of how she embodies the obligation of elected officials to honor their oaths to God and the country to ensure that our democracy delivers and continues to be a beacon to the world. In everything she does, she reflects a dignity in her actions and a dignity she sees in the lives of the people of this nation,” he added.

Her departure leaves a huge hole in the House leadership, as she, alongside Rep. Steny Hoyer, D-Md., as Democratic leader and Rep. Jim Clyburn, DS.C., as a Democratic whip, has long led the party in the House of Representatives.