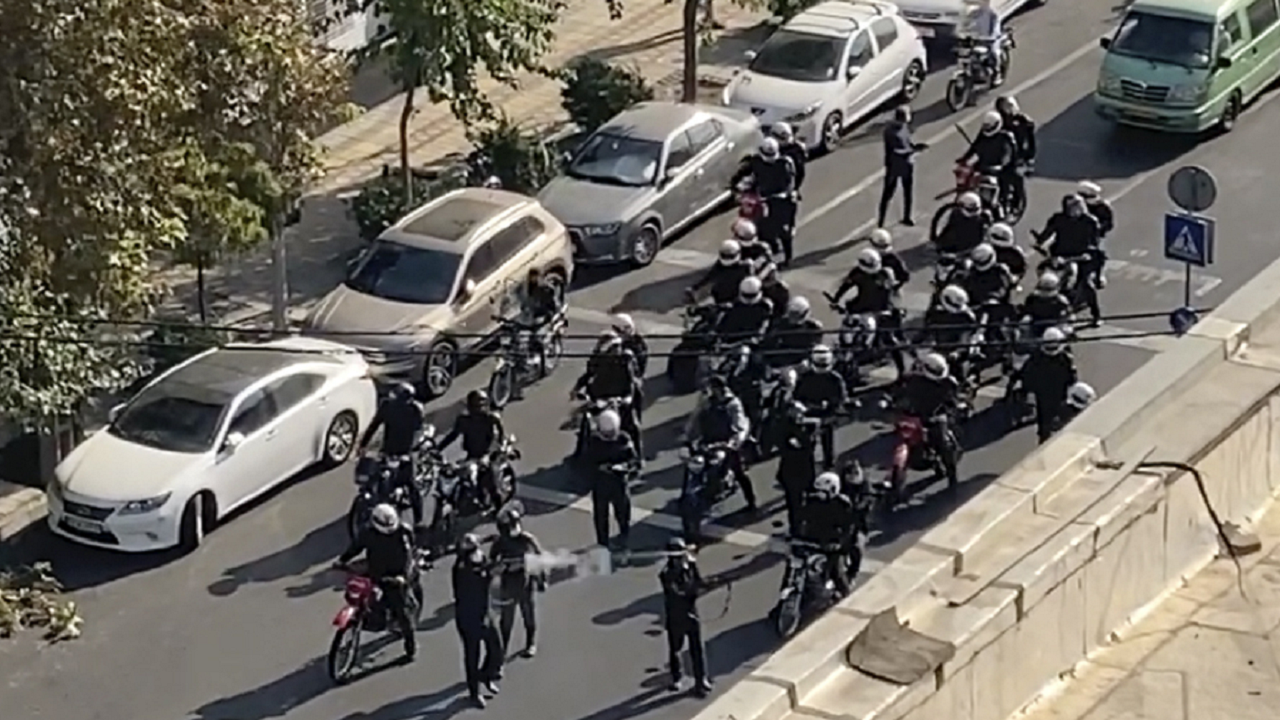 As nationwide protests continue in Iran following the death of a 22-year-old woman by police in September, videos have emerged exposing the brutality of the crackdown on demonstrators.

In a video obtained by Reuters on Tuesday, people can be seen chanting “I am a free woman” in a subway station, while simultaneously stamping and clapping their feet.

Iranian police arrive to disperse a protest to mark the 40 days since the death of 22-year-old Mahsa Amini, whose tragedy sparked Iran’s largest anti-government movement in more than a decade in Tehran, Wednesday, October 26, 2022 .
(AP)

In another video, released Wednesday, screams and loud bangs can be heard in the background, forcing people to run for their lives and fall over each other as a train exits a platform at a Tehran subway station.

Another video shows police firing what appears to be a paintball gun at protesters as a crowd shouts back, “Leave them alone!”

Yet another video shows a chaotic scene in a subway station where people run up and down the stairs as police drag a person across the floor.

Demonstrations have rocked the country since the death of Mahsa Amini, who was detained by vice police in September for not wearing the Islamic headscarf properly.

Thousands of people have been arrested for participating in peaceful protests and at least one person has been sentenced to death. The UN Human Rights Office has called on the Iranian government to release the detainees, citing “increasing callousness” that Western countries want to step up investigations into Tehran’s crackdown on demonstrators.