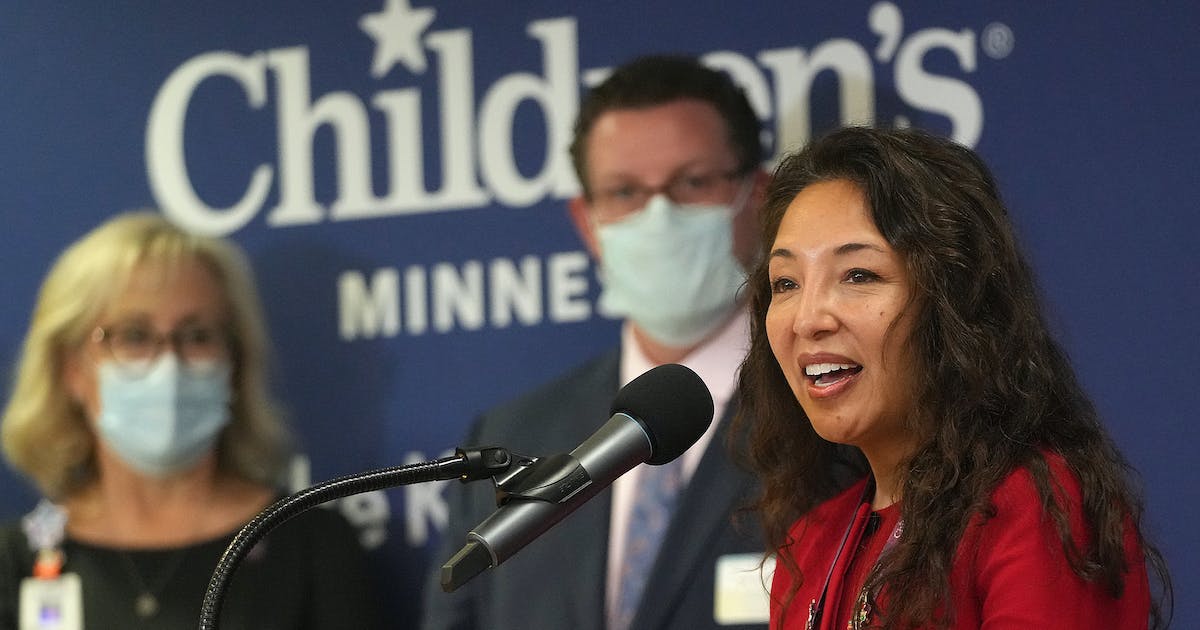 Children’s Minnesota unveiled its new mental health unit for children and adolescents on Thursday in response to the mental health crisis that has affected children across the state in recent years.

The new unit in downtown St. Paul has been in development for four years, but the state’s recent $97.2 million mental health reform bill allowed the hospital to add even more space, including beds for parents to convert into rooms. to stay with their child. The new unit will open in a few weeks and is intended for children and young people aged 6 to 18 years.

“To all the families out there whose kids are struggling with their mental health…to all these families I say, have hope,” Sue Abderholden, NAMI Minnesota’s executive director, said Thursday at the event honoring the new facility. “Hope this new unit at Children’s will be able to treat your child and relieve their symptoms so they can just be kids.”

The number of children with a psychiatric crisis has risen dramatically in recent years. Hospitals and treatment centers in Minnesota are often packed, and earlier this year M Health Fairview Masonic Children’s Hospital had to convert an ambulance room into a makeshift unit. The new unit at Children’s is expected to serve approximately 1,000 children per year.

When treating adolescents in mental health, there are different levels of care depending on what a patient needs at a given time, doctors explained at the event. As children recover or require more care, they are often transferred to other facilities and programs.

But now children who are admitted for mental health crises can stay within the children’s system to receive an inpatient care program on the spot. Dr. Joel Spalding, who specializes in child psychiatry at Children’s, says this new department will “drastically” change mental health treatment at the hospital.

“Especially … our emergency rooms have been managing the mental health patients,” Spalding said. “Once they are medically stable, we looked at other systems for those beds.”

That means doctors sometimes need to communicate a child’s needs across two or more systems to make sure they’re getting the right care at every level of treatment.

“What we’ve been able to see is that there’s at least a 25% failure rate at any one of those times,” says Dr. Gigi Chawla, chief of general pediatrics at Children’s. “If you refer, there’s a 25% chance it won’t happen the way you wanted.”

Chawla said part of the goal is to reduce the number of children who fail to transition appropriately to new levels of care. Children’s already has a partial hospitalization in Lakeville and will open a new one in Roseville early next year.

The new unit, with colorfully painted walls, play therapy and quiet areas, is designed with safety in mind. Each of the 22 patient rooms is also equipped with an advanced lighting system that changes the temperature and intensity of the artificial lighting.

Chawla said the lights, along with the large windows in every room, could be helpful for people with mental illness, especially those with seasonal affective disorder.

Another key feature of the unit is that each room has two beds, despite being designed as individual rooms. This is so that parents can stay on the ward with their child if that is an appropriate part of their treatment.

“It’s a family-centered model,” says Pat Vitale, the director of outpatient specialty care at Children’s. “We need to help families understand what they can do to support their child, as with any other illness.”