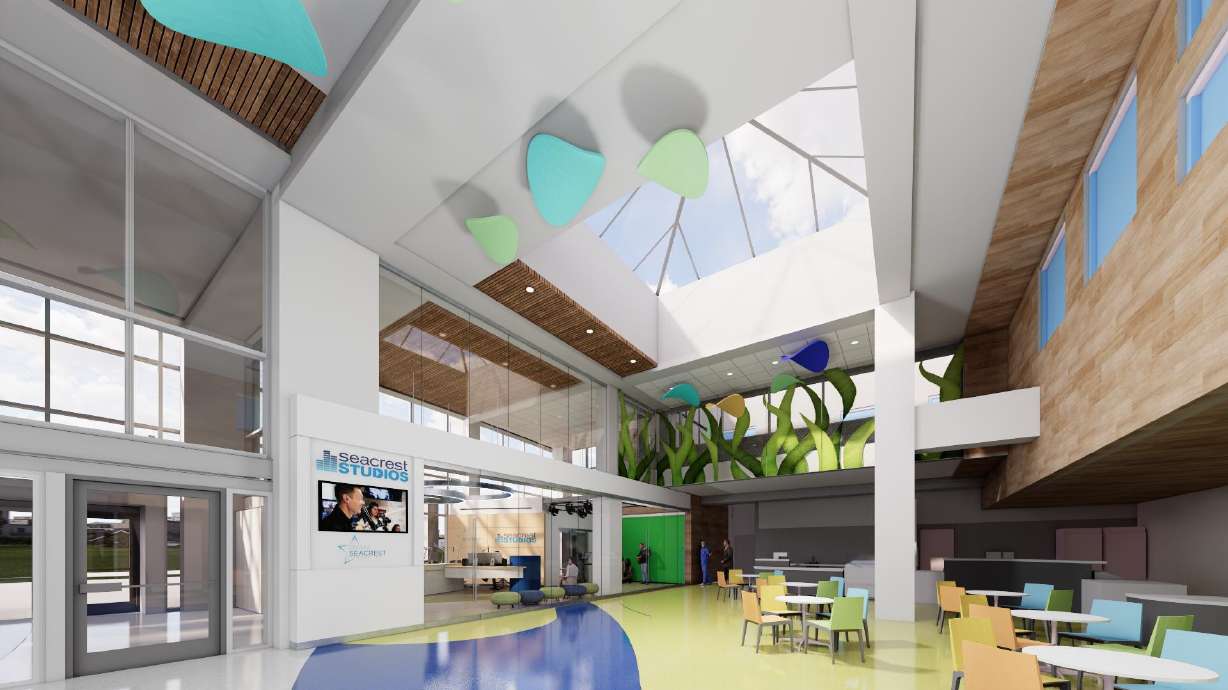 A view of a Seacrest Studio scheduled to open at Primary Children’s Hospital next year. Ryan Seacrest on Tuesday announced the broadcast media center, which is designed to give children opportunities during treatment. (Intermountain Healthcare)

SALT LAKE CITY — Primary Children’s Hospital has been chosen as the next location for a Seacrest Studio by the Ryan Seacrest Foundation. In the new broadcast media center, children can explore while being treated.

Ryan Seacrest, chairman and CEO of the foundation and co-host of “LIVE with Kelly and Ryan” announced this Tuesday during the morning talk show.

“Each Seacrest Studio was created with the goal of bringing exciting and stimulating adventures that inspire joy in patients and their families during their treatment. I can’t wait to partner with such an incredible hospital to bring this excitement to Salt Lake City and the community to the wonders of radio, television and new media,” said Seacrest.

Primary Children’s Hospital CEO Katy Welkie said the hospital is excited about this new opportunity to empower patients to express themselves and cheer up.

“Providing safe and engaging experiences for patients during their hospital stay is a critical part of their healing, well-being and continued development as children,” Welkie said.

There are currently 11 studios in children’s hospitals across the country, with plans for several more in 2023. The Salt Lake City studio will be the 14th, Seacrest said.

“Soon the patients in that area, when they get treated, can come in and forget about everything they’re going through, and hopefully find something they enjoy doing,” he said on the show.

Spencer Hardy, director of family support services at Primary Children’s Hospital, said this gives children the chance to feel “included and special” while in hospital.

“Once you find the right thing to bring someone out of their shell, it completely changes the way they see the hospital and their treatment,” Hardy said.

Primary Children’s Hospital already has a closed-circuit TV system, allowing caregivers and patients to host segments and call-in programs. The Seacrest Studio will enhance those opportunities and get more children involved.

The studio is located in the main lobby of the hospital.

Emily Ashcraft joined KSL.com in 2021 as a reporter. She reports on courts and legal affairs, as well as news about health, faith and religion.