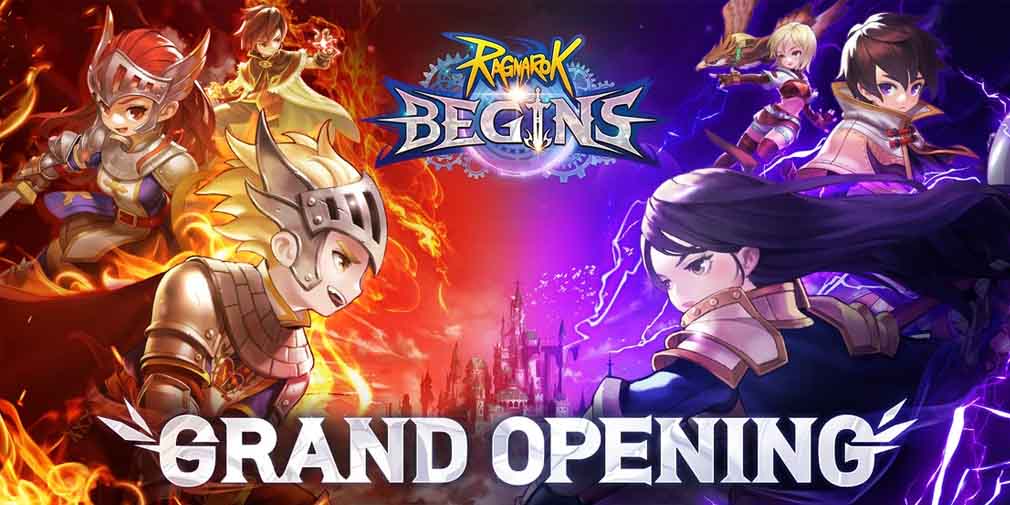 Gravity Interactive has officially announced the launch of Ragnarok Begins, inviting players across North America to dive back into the world of Midgard. Serving as a prequel to Ragnarok Origin, the side-scrolling MMORPG is set one hundred years earlier during an epic feud between the worshipers of Odin and Freya.

The cross-platform title features action-packed combat that shows off that charming chibi art style fans of the Ragnarok franchise know and love. The 2.5D side-scrolling game also features ranked PvP for the more competitive players, as well as challenging enemies and bountiful rewards in the Endless Tower.

There are four basic tasks to choose from (Swordsman, Archer, Mage, Acolyte) with their own advanced task options. Early fans who signed up during the pre-registration period will also score plenty of great in-game goodies.

According to the official press release, “Chaos has erupted in the realm following the disappearance of the Pope from Arunafeltz and it’s up to the players to work together to unravel the secrets and mysteries surrounding the Pope’s disappearance, as well as what is hidden in the heart of Middengaard.”

If you’re eager to dive into the game, you can now get a head start by downloading Ragnarok Begins on the iOS App Store and on the Google Play Store for Android devices. It is a free to play game with in-app purchases. You can also visit the official website to learn more about the game, join the community of followers at Twitter to keep up with the latest developments, or take a sneak peek at the embedded clip above to get a feel for the game’s vibe.

Looking for more similar titles that will test your skills on your mobile device? Check out our list of the best MMOs on Android.