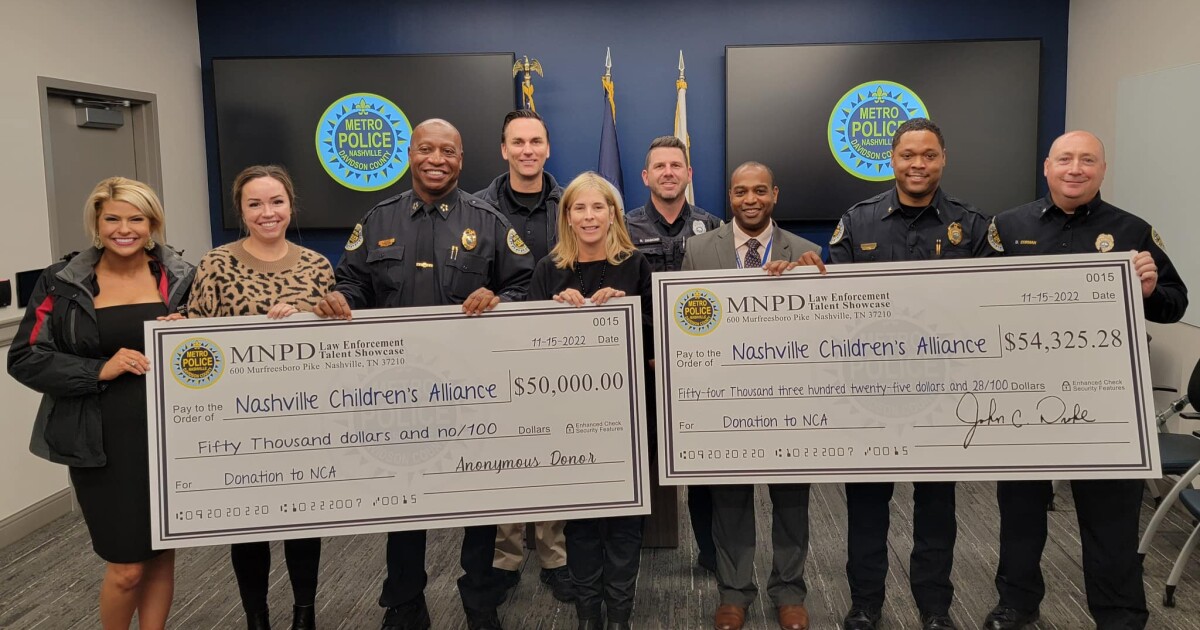 NASHVILLE, Tenn. (WTVF) — Metro’s Chief of Police John Drake put it this way: There is no greater mission in life than to protect our children. Now a record-breaking donation will do just that for kids in Music City.

Fifteen years ago, the police teamed up with Nashville Children’s Alliance, a non-profit organization that helps children who are victims of abuse.

Every year since then, MNPD hosts a Law Enforcement Talent Showcase to raise money for the group, and this year Nikki-Dee Ray of NewsChannel 5 was the emcee.

The event set a record last year with $40,000 in donations. But this year beat that record by far.

This year’s September Law Enforcement Talent Showcase raised a total of $104,000 for the Nashville Children’s Alliance, including a large amount from an anonymous donor.

“You guys this is – this is incredible. Thank you so much to all of you. The talent,” Nikki-Dee said. “Thank you so much for letting me be a part of this. I’m really flattered but this has nothing to do with me. This has everything to do with all of you and the kids. And to be a part of a community that has so much love kids because you want to instill the next generation – that’s something to be proud of, especially as a mother of almost three. I’m proud to be a Nashvillian. Thank you all, thank you so much chief. Your heart is with all of this been involved — it shows.”

Chief Drake expressed his excitement at the success of the event during the check presentation.

“We set a goal of $50,000; we exceeded that thanks to our anonymous donor who actually became a friend of mine. I’m sure he’ll do it again next year,” Drake said. “Again, thanks to the incredible team at the police, thank you to Nikki-Dee Ray – I told her at the event, when she agreed to perform, I said I was turning flips! She said ‘turnin’ flips?’ I said yes, that was me.”