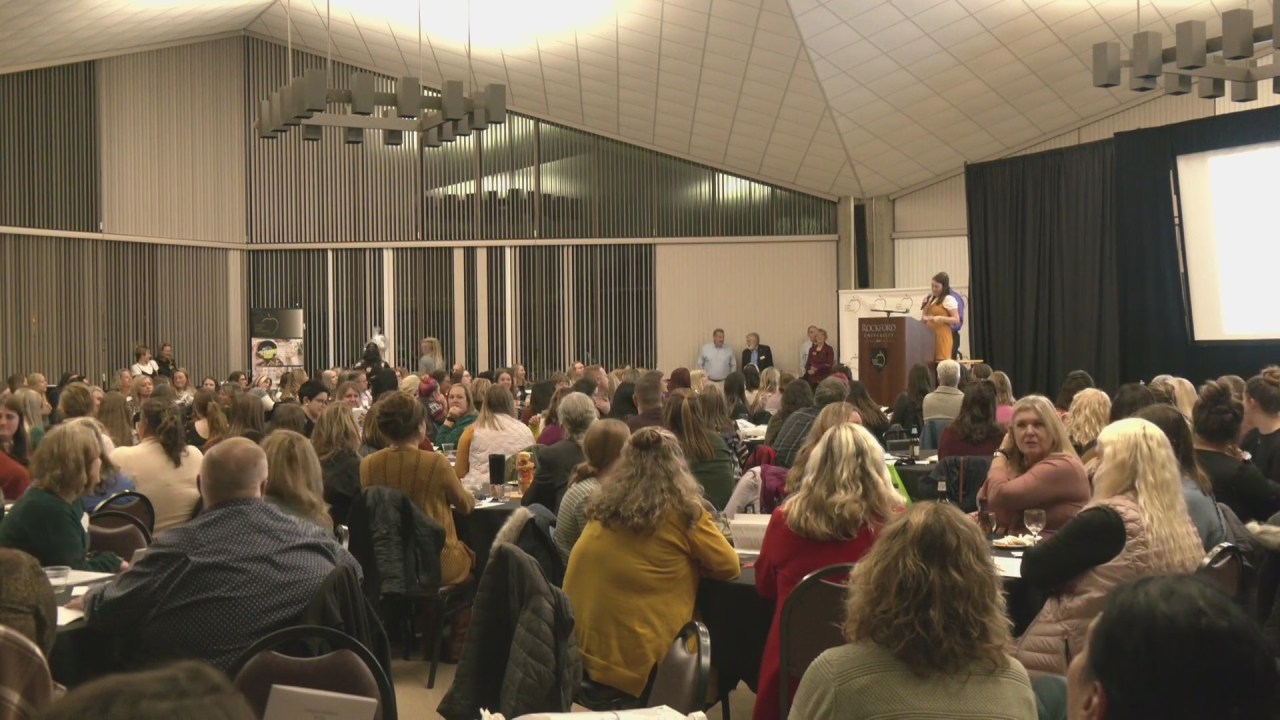 (WTVO) — The nominations for the Golden Apple Award are in and hundreds of educators in Boone and Winnebago counties are celebrating.

This year’s nominees are all primary school through fifth grade teachers, and they all share a passion for education.

“I would like to personally thank all the nominees here tonight for the tremendous impact you are making on our children, our schools and our community,” said Jennifer Stark, executive director of the Golden Apple Foundation.

Five hundred and fifty-eight teachers were honored at the nominated reception.

“Tonight is about honoring really great educators and then talking about the process of becoming a Golden Apple Teacher,” added 2018 recipient Heather Trotter.

Teachers decide if they want to go through the process once nominated, by submitting essays and letters of recommendation.

“I think generally someone loves what they do and comes to work every day despite what is going on,” added Lianette Lucena and Heather Barefield, Rockford Lutheran Elementary nominees. “Just makes it a great experience for their students.”

The journey has just begun for these teachers, but many said the nomination of a parent, teacher or student is an honor in itself.

“It was actually pretty cool to get,” Lucena and Barefield said. “I had a rough day the day I got my letters, and one letter was from a parent I had in previous years. So I’m not teaching her kid anymore and the other one was from, is from, a current parent I have this year.

“Getting nominated is awesome,” added Paola Butler and Margarita Santana, Meehan Elementary nominees. “I have a lot of nominations from different parents, different students.”

“A kindergarten teacher, because this is my nineteenth year,” Lucena and Barefield concluded. “So this was a big deal for me.”

The nominees will be narrowed down to 20 finalists in December and five winners will be honored in April.