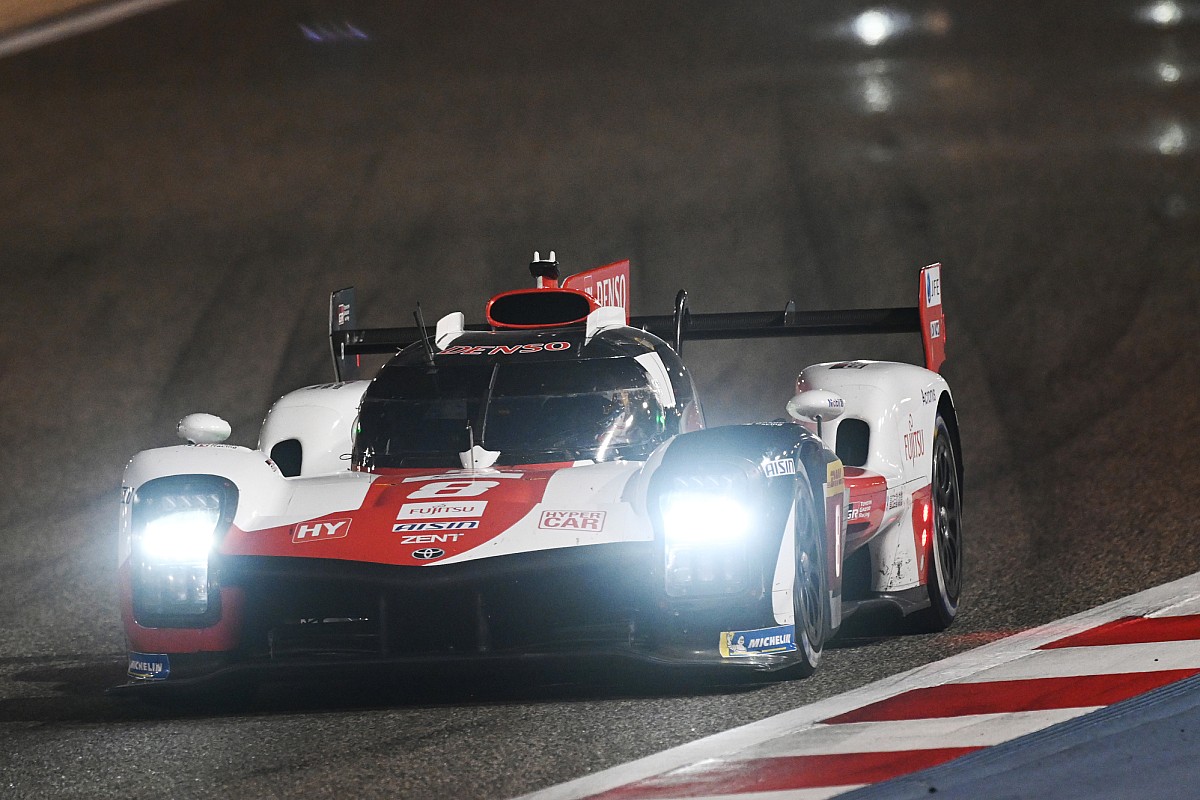 The New Zealander took his second pole of the year after the 24 Hours of Le Mans in June with a 1’46.800 lap aboard the #8 Toyota GR010 to knock Peugeot’s Paul di Resta off first in qualifying by eight tenths.

The pole point won by the #8 Toyota leaves Hartley, Sebastien Buemi and Ryo Hirakawa ahead of the Alpine-Gibson A480 team in the lead of the championship that goes into the 8 Hours of Bahrain on Saturday.

The Toyota drivers and the alpine trio formed by Nicolas Lapierre, Matthieu Vaxivierre and André Negrão were tied with 121 points before qualifying.

Gustavo Menezes took fourth position in the second of the Peugeots with 1m48.334s, seven tenths below the time of teammate di Resta.

Vaxiviere brought out the rear end of the Hypercar class in the LMP1 Alpine with a 1m48.343s, despite having run a second race on a new set of tyres.

Norman Nato took pole in LMP2 right at the end of the 10-minute prototype qualifying session for Realteam by WRT.

The Frenchman improved to 1m50.330s in a second set of tires aboard his ORECA-Gibson 07 to knock Will Stevens off pole on championship leader Jota ORECA.

Stevens’ 1:50.467 in his first race was the second fastest time, which was just three hundredths above Filipe Albuquerque’s 1:50.497 in the #22 United Autosports ORECA.

The Portuguese improved in this second race to a 1m50.445s to be faster than Stevens, but lost time for a track limit infraction.

Porsche on pole for the GTE Pro swan song

That gave him just under three tenths of a lead over Antonio Fuoco, whose 1’56.419 sealed second place for the #52 Ferrari 488 GTE Evo.

Michael Christensen took third with the #92 Porsche as he tried to earn the point for pole position.

The extra point would have narrowed the gap to championship leaders James Calado and Alessandro Pier Guidi to just 10 points and meant Christensen and Estre could seal the title with class victory no matter where their Ferrari rivals ended up.

Christensen was initially fastest with a 1m56.439s before losing to Fuoco.

He stopped for a new set of tires and improved to a 1m56.306s to regain second, before time was excluded for a track limits violation.

Pier Guidi was fourth with a 1’56.687 after a spin, while the Chevrolet Corvette C8.R in the hands of Nick Tandy was at the rear of the five-car class.

Pole position in the GTE Am went to Sarah Bovy in the Ferrari Iron Dames.

His 1m59.186s eclipsed Ben Keating in the TF Sport Aston Martin Vantage GTE by half a second.