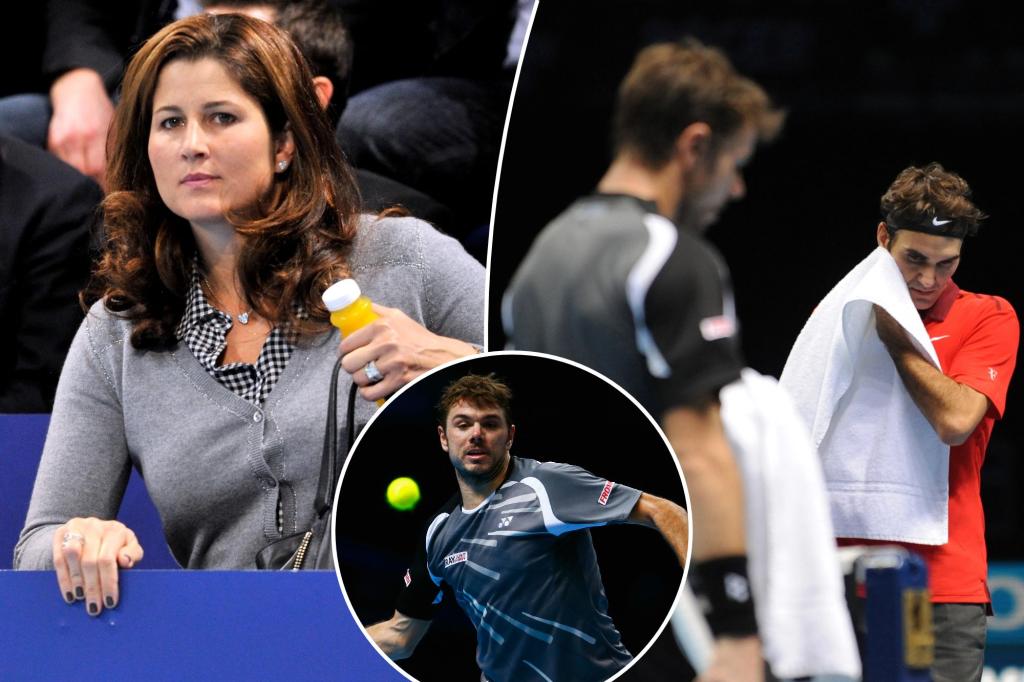 Swiss tennis player Stan Wawrinka opened up about the ugly encounter that took place at the 2014 ATP Finals between him and the Federers.

Federer, who recently retired as a 20-time Grand Slam champion, ended up walking away with a 4-6, 7-5, 7-6 victory, but the match includes fierce exchanges between Wawrinka and Mirka Federer.

Wawrinka accused Mirka of distracting him before serving and appeared to raise his concerns with the chair umpire.

Mirka reportedly labeled Wawrinka a “crybaby” amid the courtroom drama.

Things then got tense between Wawrinka and Roger Federer on the court, with Wawrinka questioning exactly what Mirka had told her husband.

“She did the same thing at Wimbledon. Every time I’m on her side, she screams before I serve,” Wawrinka told the chair umpire. “It’s unbearable.”

In a recent interview with RMC, Wawrinka spoke about the icy conversation between him and the tennis legend’s wife.

“For sure, it was very, very tense right after the semifinals,” Wawrinka said of the 2014 match. “Very, very hot, very, very complicated, on both sides. Good thing there were no cameras in the hallways and locker rooms back then.

“But again, at some point, when you get caught up in emotion, for things that aren’t necessarily your fault, you have to know how to distance yourself. Don’t forget about everything we’ve been through together, let the night and the next day go by, don’t see each other and then just argue.

“We had to remember that we had a Davis Cup to win. I was not going to let a small argument, which became a big one because of emotions, get in the way of this victory.”

A few weeks later, Wawrinka and Federer teamed up to lead Switzerland to a 3-1 win over France and win the Davis Cup.

The 2014 edition returned to the spotlight after Wawrinka offered some wild advice to a youngster following a recent defeat.

Wawrinka was defeated by Danish rising star Holger Rune in the opening round of the Paris Masters 4-6, 7-5 and 7-6 and it was at the net when the Swiss star let his feelings be known.

As the two men approached the net to shake hands after the match, Wawrinka leaned over and offered some brutal advice to his younger opponent.

“My advice to you is to stop acting like a baby on the court, okay?” Wawrinka was speaking over the court microphones.

Wawrinka quickly walked away from his opponent, shaking the chair umpire’s hand before departing. Rune looked stunned by the Grand Slam champion’s words as he walked off the court.