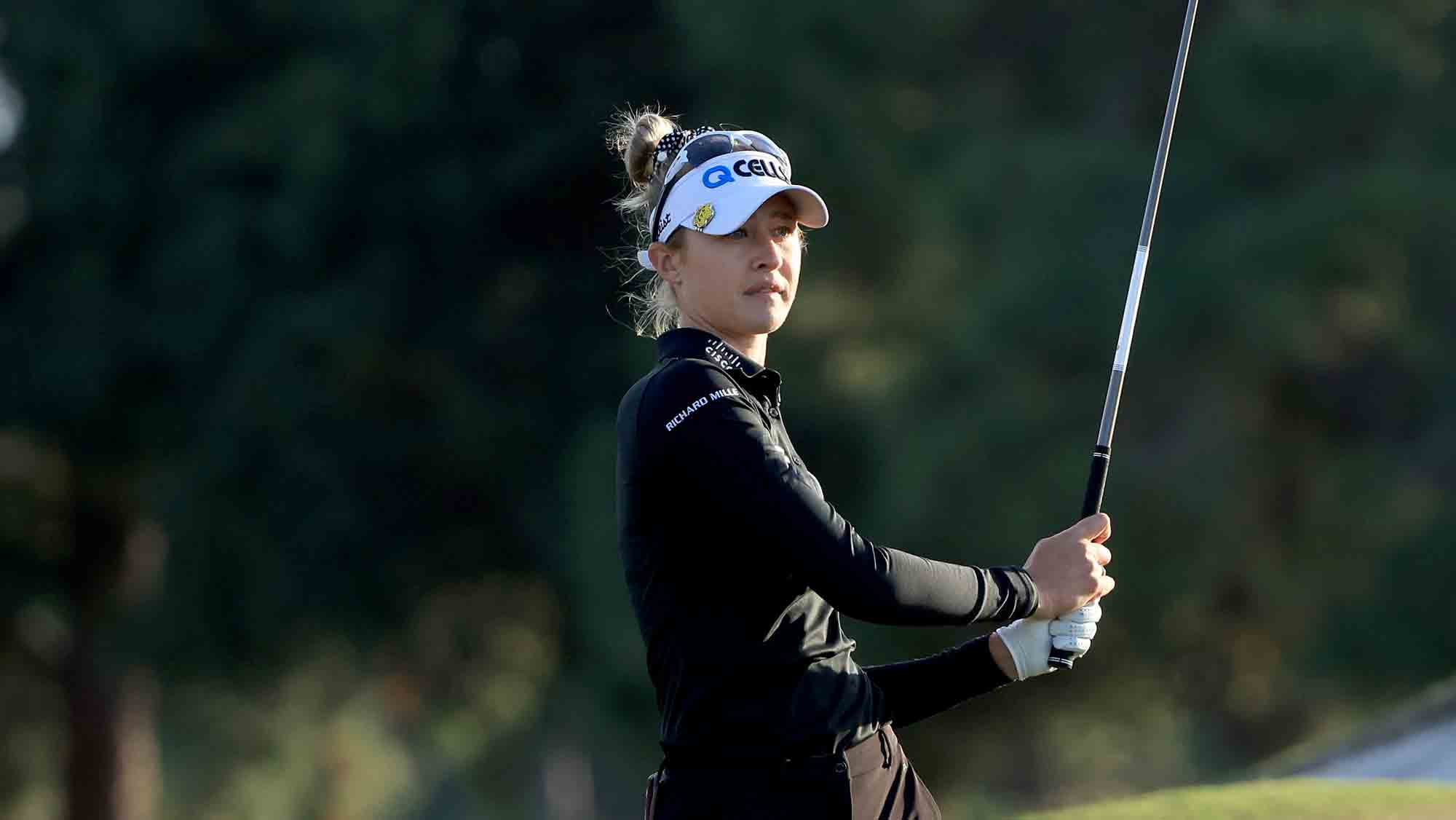 After taking five weeks off from LPGA Tour competition, Nelly Korda will defend her title in the Pelican Women’s Championship presented by Konica Minolta and Raymond James and make what she hopes will be a triumphant return. However, Korda would have preferred to win in a different way than last year, when she survived a four-person playoff against big champions Lydia Ko, Lexi Thompson and Sei Young Kim.

“Last year was definitely a very interesting ending. I think I tripled 17 and then birdie 18 to get into the playoff, and then birdie my first playoff hole. So yeah, it didn’t make it too easy for me,” laughed Korda, who hit the first hole of the playoffs in 2021 to take home the title. “I definitely lost a few years of my life to the stress I caused. Other than that, amazing memories coming back here. I hope I can do some really good ones this year.”

Korda’s victory at the Pelican Golf Club is her most recent Tour victory, and the event was one of the last she played before suffering a blood clot in her left arm in February 2022, which forced her to spend nearly four months away from games. She returned to the Tour in June in resounding fashion, earning five top-10 finishes in 10 events since she returned. But not everything was smooth.

“I would recap (this season) that it was a roller coaster. There were definitely a lot of ups, a lot of downs,” Korda said. “I’ve played solid golf since I got back, but I’ve also overdone it and I’ve also played bad golf. So definitely a year of learning, more about me, more about my body.”

Korda missed the cut in her two most recent matches in the LPGA, the Walmart NW Arkansas Championship presented by P&G and The Ascendant LPGA benefiting the Volunteers of America, the first of which marked the first time she has missed the weekend since June 2021. The Tour team winner missed just one cut each of the 2019, 2020 and 2021 seasons. Fortunately, Korda says it’s not an injury that has contributed to his lackluster play lately, but rather an overly competitive desire to make up for lost time. .

“I think I missed so much of the year that I kind of wanted to make up for it in a way,” she said. “I think I came back when I needed to, or that was acceptable. The only thing I might have made a mistake in is trying to catch up and be on the road too much and not breathe and take a step back and be fresh.”