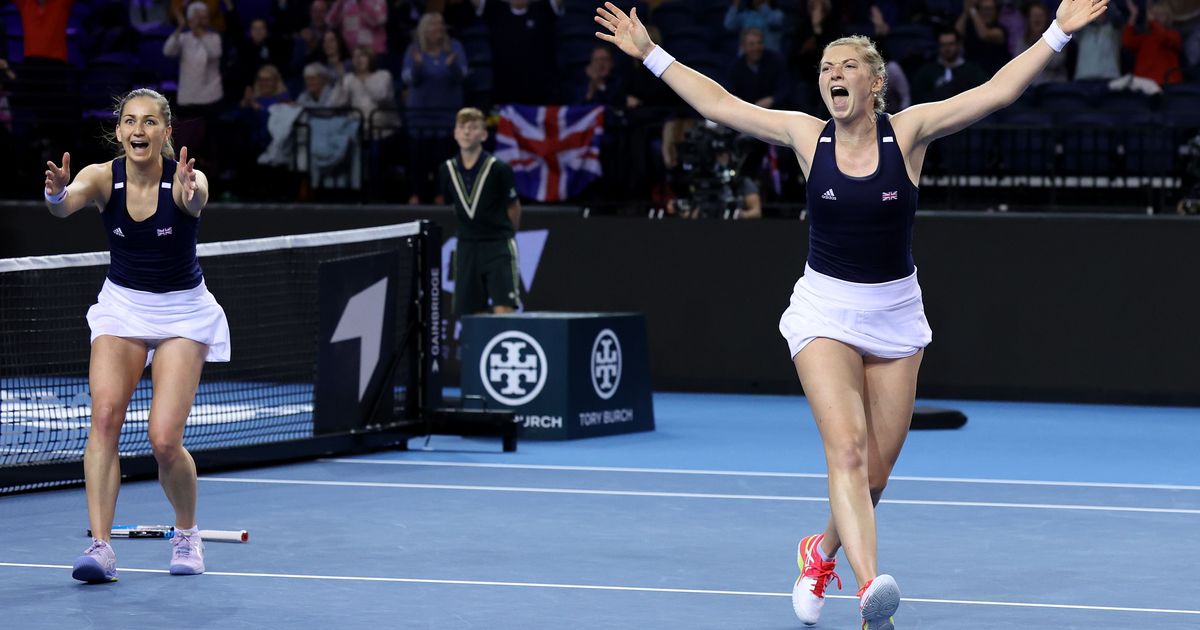 Great Britain engineered the turn of the week at the Billie Jean King Cup Finals in Glasgow, sweeping Spain to advance to the semi-finals for the first time since 1981.

No.115 Heather Watson sparked Team GB’s hopes by defeating Nuria Parrizas Diaz 6-0, 6-2 in the first round. No. 98 Harriet Dart won the biggest surprise of the day, defeating No. 14 Paula Badosa 6-3 6-4 to win the tie for Great Britain. The win was Dart’s third Top 20 win of 2022, after defeating Elina Svitolina at Indian Wells and Daria Kasatkina at the US Open.

But after a 2-1 first-day defeat to Kazakhstan, Britain could only advance by sweeping Spain. Alicia Barnett, 29, and Olivia Nicholls, 28, embraced the challenge and defeated Aliona Bolsova and Rebeka Masarova 7-6(5), 6-2 to secure the country a spot in the Billie Jean Cup semifinals.

Great Britain will face Australia for a spot in the final. Led by Ajla Tomljanovic, the Australians defeated Belgium to win Group B and advance to the semi-finals for the second year in a row.

The Czech Republic kicked off their tournament by holding back a resilient Polish team to score a winner-takes-all match with the United States on Friday. Led by Karolina Pliskova, Karolina Muchova and #1 duo Katerina Siniakova, the Czechs are eyeing a 12th Billie Jean King Cup title this week at the Copper Box.

Magda Linette has once again kept Poland in the mix. A day after defeating Madison Keys, the world number 49 defeated former number 1 Pliskova, 6-1, 6-4 to force a decisive doubles rubber. But, just like against the Americans the day before, Poland failed to seal the victory. Siniakova and Marketa Vondrousova completed the 3-2 victory by defeating Katarzyna Kawa and Magda Linette 6-2, 6-3.