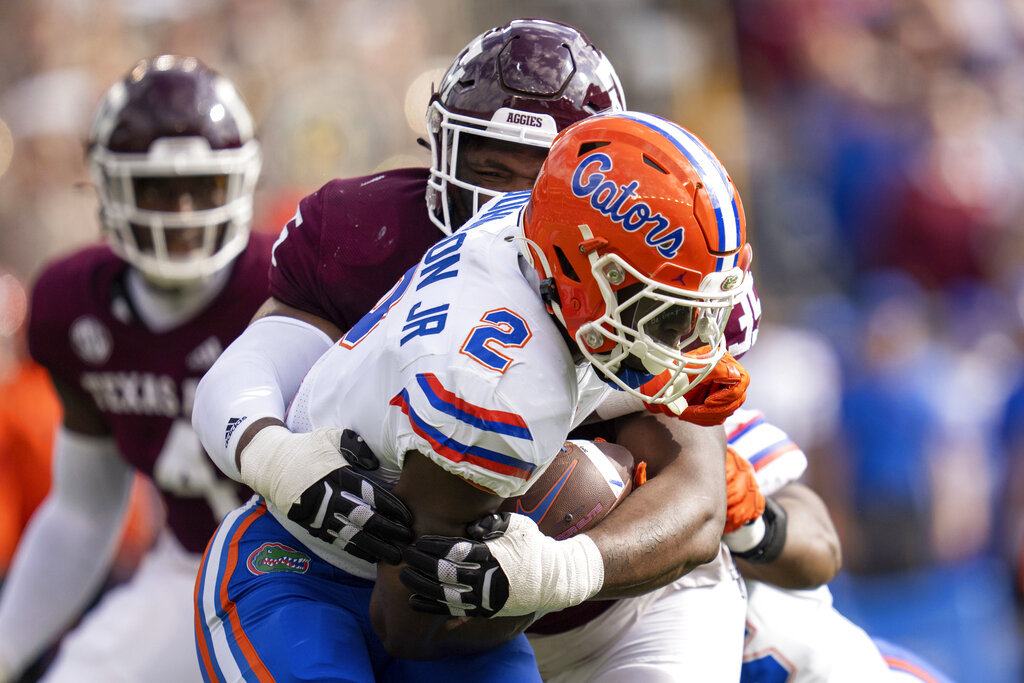 The Gators have plenty of momentum with Saturday’s win to reach the final home game of the season against the South Carolina Gamecocks (6-3). Florida running back Montrell Johnson Jr. spoke to the media about the Gators offense.

Johnson in the Gators offense

Excited about the win, Johnson said, “It was really nice to finally come out with a win and do what I knew we were capable of.”

📼 Highlights of the 41-24 victory over Texas A&M. pic.twitter.com/VnCmlzR0SR

Coach Billy Napier told the media that Johnson was a “big bright spot” for the team’s offense in the game against the Aggies. Johnson was transferred from Louisiana, where Napier used to train.

When Johnson was asked about the pace of the attack, he said that Trevor Etienne and he work well together.

Johnson said he takes Etienne under his wing and reminds him to stay focused.

Napier talked a lot about Johnson and Etienne to the media. “Both are very consistent in their work ethic, their practice habits, their weekday preparation,” Napier said. “Both have character.” Johnson has a total of 549 yards this season.

When asked how the team’s culture has improved this season, Johnson said the adversity the team has faced has brought them closer.

Johnson said quarterback Anthony Richardson started training more confidently. “He’s gotten more comfortable on the show since he’s played a few games. He knows offense a little bit better and you can see him grow over the course of the games,” Johnson said. “He’s going to be great – we need him back another year.”

He told the media what changes he noticed in his second year on the team.