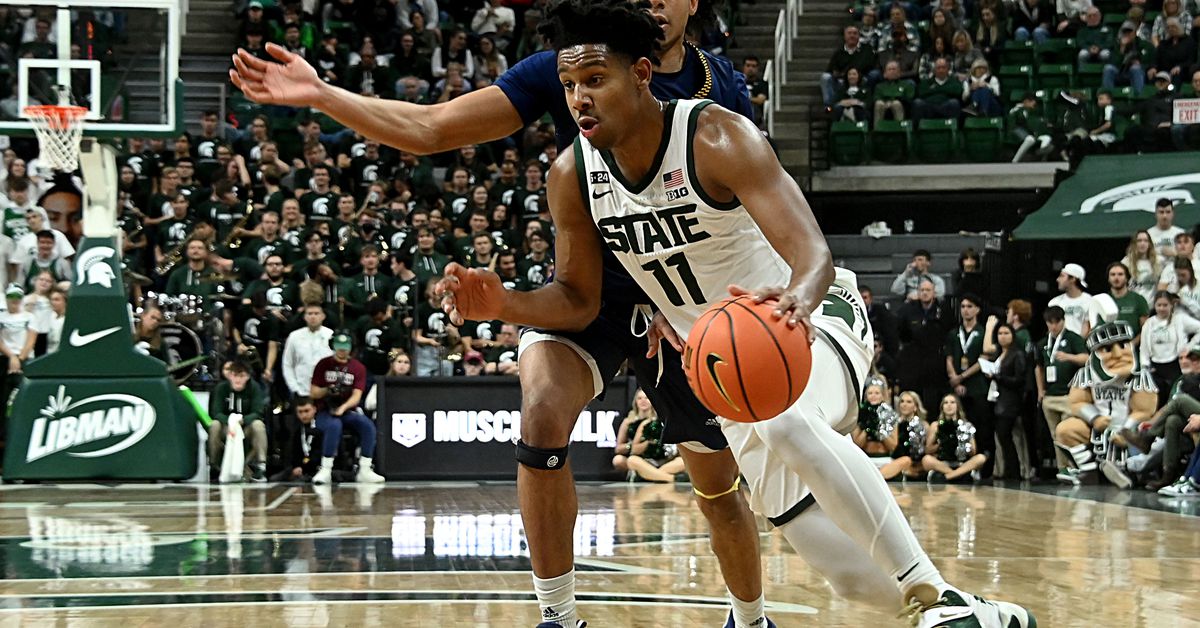 Following Tuesday’s practice, Coach Tom Izzo and some Michigan State men’s basketball players were made available to the media to discuss MSU’s upcoming game against No. Navy in San Diego Bay.

Following the Spartans’ 73-55 victory over Northern Arizona on Monday, Izzo had time to catch a glimpse of Gonzaga’s game. The Bulldogs defeated North Florida 104-63 in their opening game of the season.

“They’re the best fast-breaking team I’ve seen in a while,” Izzo said of Gonzaga. “They get up and go.”

The game against Gonzaga on Friday will be played on the aircraft carrier USS Abraham Lincoln. The court will be on the deck of the ship, which obviously means that the competition will be played outside.

“This is a unique environment,” said senior guard Tyson Walker.

Walker said this game means “a little” to him.

Junior winger AJ Hoggard says the changing environment from the inside out won’t affect him at all.

“Just being used to playing outdoors, growing up playing in the park, shouldn’t affect me at all,” Hoggard said.

“Just having the opportunity to come full circle means a lot,” said Hoggard. “I’m super ready to get out there and handle the business.”

Izzo feels his team is excited to play against one of the best teams in the country.

“I think they’re excited,” Izzo said. “The opportunity to play against the No. 2 team in the country… whenever you do that, it’s also a great experience.”

Izzo also noted that the next few weeks will be a mental and physical grind with all the tough opponents the Spartans are up against. Michigan State’s next four opponents – Gonzaga, Kentucky, Villanova and Alabama – are all currently ranked in the top 25 by the Associated Press.

Michigan State kicks off against Gonzaga on Friday at 6:30 pm ET. The game will be played in San Diego, California. and will be broadcast on ESPN.