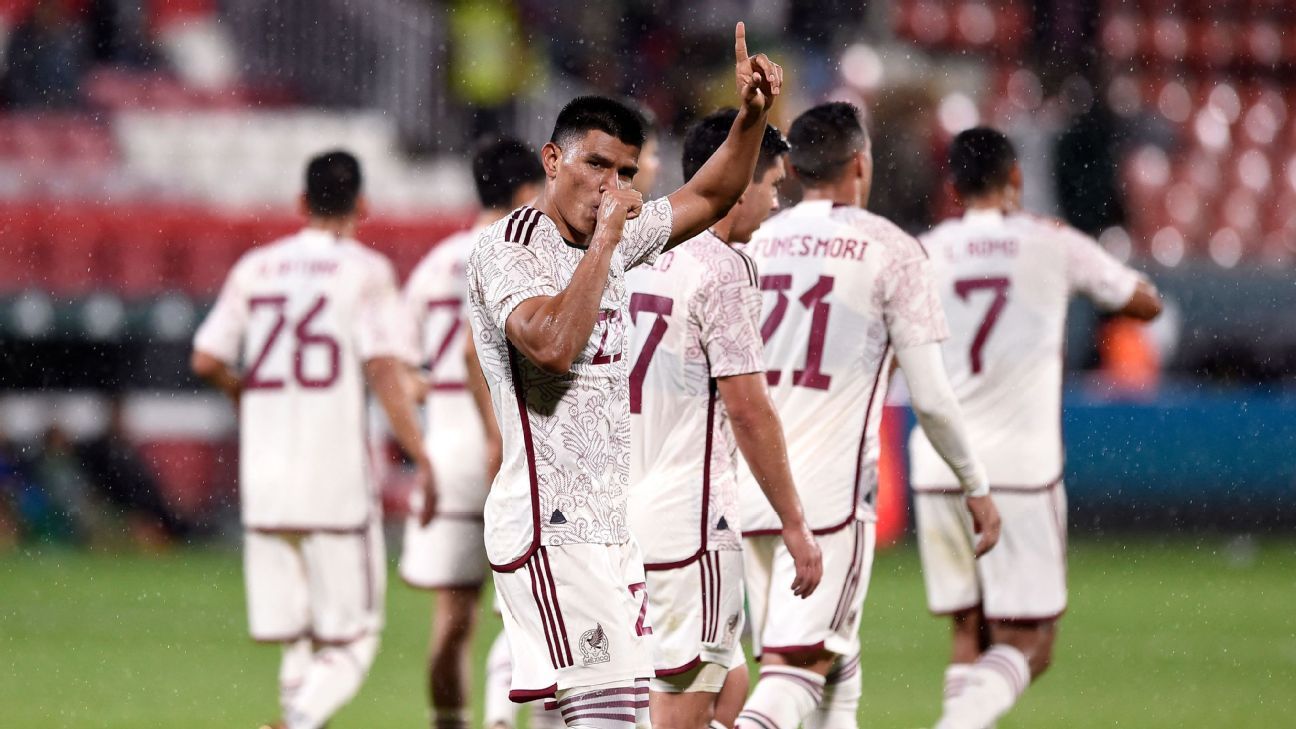 Goals from Alexis Vega, Rogelio Funes Mori, Jesus Gallardo and Uriel Antuna led Mexico to a 4-0 victory over Iraq during a friendly in Girona at Spain’s Estadi Montilivi.

Wednesday night’s friendly match, which is Mexico’s penultimate match before the World Cup, kicked off on a glowing note for the CONCACAF nation that found the back of the net in the fourth minute. After a good move by Gallardo on the left-back, the defender crossed to Vega, who finished the move.

– World Cup Kits: Ranking of the shirts of all the teams in Qatar

After a quiet first-half finish with a highly defensive approach from Iraq, a handful of substitutions during the break provided El Tri with solutions in the final third.

Half-time additions Antuna and Funes Mori had an immediate impact as soon as they entered the field, with Antuna delivering a perfect pass from the right flank that Funes Mori finished from close range to make it 2-0 in the 48th minute.

Then, on the 67th, Gallardo took advantage of a bad break from Iraq and sent a shot to the back of the net, pushing El Tri up to 3-0. Moments before the final whistle, Funes Mori won a penalty in stoppage time that allowed Antuna to score a penalty in the 92nd minute to seal the 4-0 result.

Coach Gerardo “Tata” Martino and his Mexico squad will continue their preparations for the World Cup with a final friendly against Sweden, which will also be held at Estadi Montilivi. In Qatar, they will face Poland (22 November), Saudi Arabia (26 November) and Argentina (30 November) in the group stage.

Martino is due to release his final World Cup roster on Monday, November 16. One of Mexico’s biggest decisions will be whether or not to include injured striker Raul Jimenez, who is in the provisional squad but did not play on Wednesday. Reserve players such as Erick Sanchez and Jesus Angulo are also on the sidelines for inclusion in Martino’s final 26-man roster.

Iraq did not qualify for the World Cup.