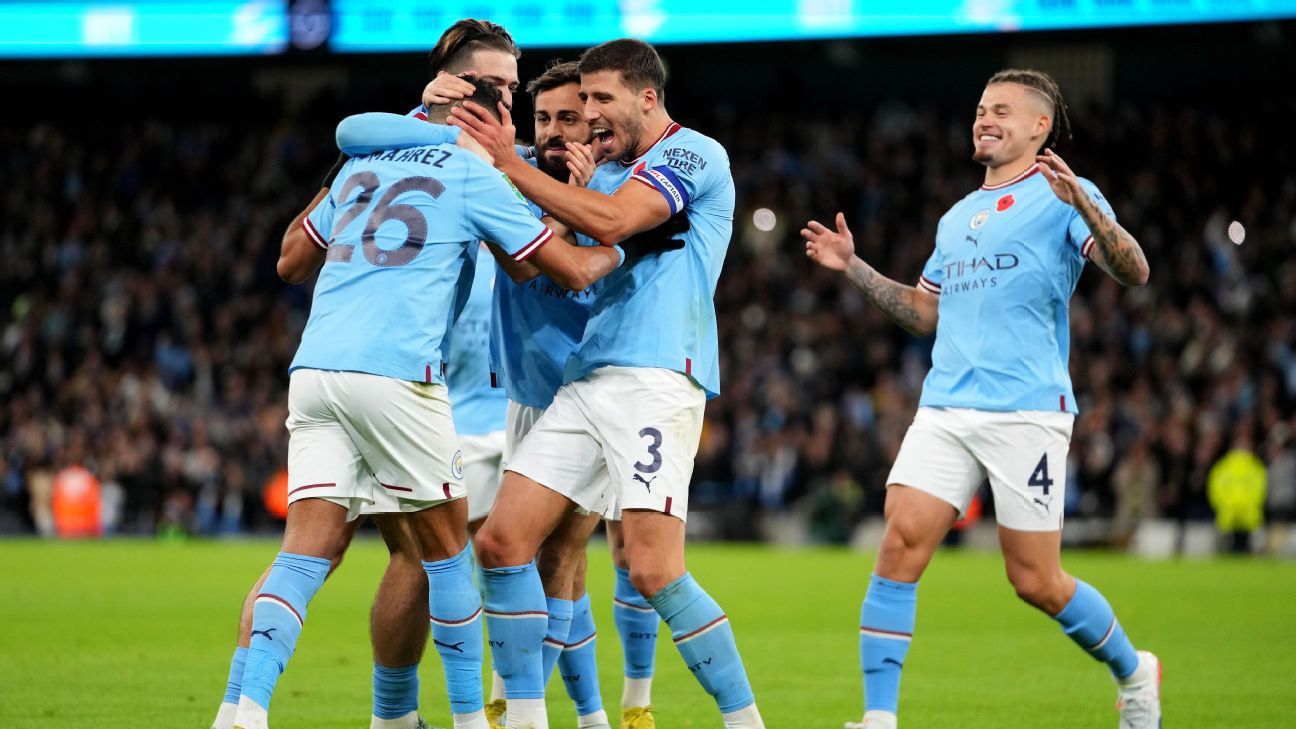 Manchester City knocked Chelsea out of the third round of the Carabao Cup in a comfortable 2-0 win at the Etihad on Wednesday.

City winger Riyad Mahrez opened the scoring in the 52nd minute with a well-crafted free kick, and forward Julian Alvarez doubled City’s lead shortly afterwards when he converted a rebound from a Mahrez shot.

United States forward Christian Pulisic started and played the full match, with his best opportunity coming in the early stages, although he didn’t make the most of it when he hit a ball rolling in the area.

The result means City’s quest for a fifth Carabao Cup title in six seasons continues, while Chelsea, who were beaten in last year’s final against Liverpool, were knocked out in the third round.

Kalvin Phillips, who has struggled with injuries since joining City last summer, came back from the bench in the 50th minute and will be watching with anxious eyes when England manager Gareth Southgate names his squad for the World Cup on Thursday.

When asked about the squad announcement, Phillips told Sky Sports: “Anything can happen. I’m optimistic but I know with the playing time I’ve had, there’s always a doubt.

“I think that with my injuries I haven’t been playing 100% because of my shoulder. Now that it’s resolved, I can go back to where I was before. I hope it puts me in a good position.”