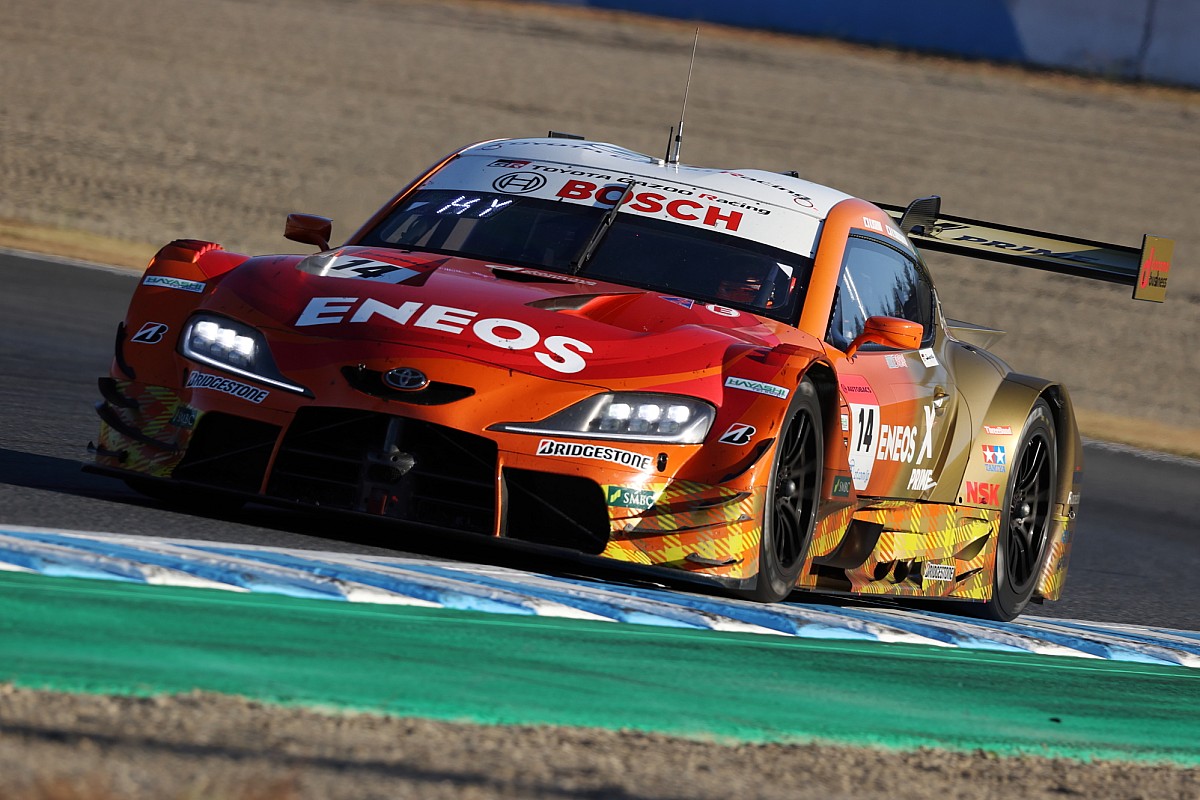 Yamashita and his teammate aboard the #14 Toyota GR Supra, Kazuya Oshima, took a third place from 11th on the grid in Sunday’s Motegi final, giving them their first podium finish since winning at Okayama in April.

The five Bridgestone-equipped Toyotas took the bottom five in a miserable qualifying session for the GR Supra contingent, and Yamashita and Oshima were knocked out of title contention for failing to score the bonus point for pole.

However, in the race, Oshima managed to climb to fifth place in the opening stint, helped by several troubled cars ahead, before team #14 gained two more places in the pitstop phase.

Yamashita was then able to keep pace with the two leading cars, Team Kunimitsu Honda and Impul Nissan, in his pass, while also holding off a late charge of the recovering NDDP Racing Nissan to take third place.

“We tried a new set-up direction that worked well and although we weren’t fast enough to pass the first two cars, we were able to keep up with them,” Yamashita told the Japanese edition of Motorsport.com. “So considering the situation after qualifying, it was a very good race.

“If this setup works at other tracks, I feel like we can be fast racing anywhere, but we won’t know that until we go to those places.

“Qualifying and racing are two separate things, and it looks like we had a bad set-up for qualifying. For the race we worked hard and found a different set-up direction. But if you asked me if we would have a better qualifying with this setup, I would I don’t think we would.”

Third place meant that Yamashita and Oshima ended the year crucially as Toyota’s best duo in the standings in fifth, beating TOM duo Sacha Fenestraz and Ritomo Miyata by six points on the final set.

Yamashita had previously said that would be the team’s goal, as it would mean getting priority for new parts in 2023.

“We finished as the best team at Toyota and we had a final race that could be useful for next season, so even though it was a difficult season, I feel like we did what we could,” he said. “I think we’ve reached the minimum result.”

Fenestraz and Miyata’s #37 TOM’S machine bounced back from 14th on the grid to finish sixth in a race the duo had to win to have any chance of becoming the youngest-ever SUPER GT champion. 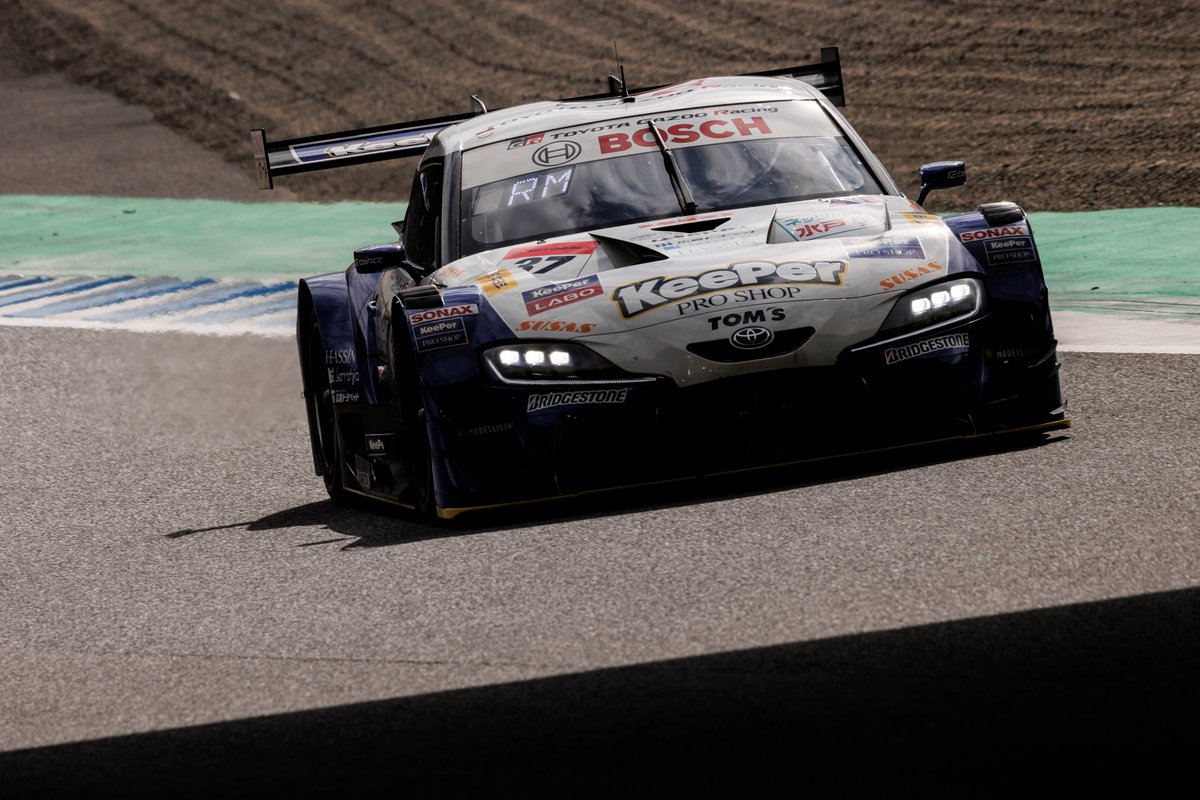 Fenestraz, who will leave SUPER GT next year after signing to race in Formula E with Nissan, said the #37 team followed Bridgestone’s recommendation in terms of tire selection for the Motegi weekend, only to realize as soon as they made the wrong decision. 🇧🇷

“It was a terrible weekend for us, not what we expected for the last race,” Fenestraz told Motorsport.com. “After free practice, we realized that we and all the Toyotas together with Bridgestone chose the wrong tires for the weekend.

“It’s a shame, but it shows how important it is to have the right tire choice in this championship. Without that, you don’t have a chance. It’s happened many times this year to allow us to fight for the championship.

“We managed to save it with P6 in the last race, but I don’t think there was room for improvement.”