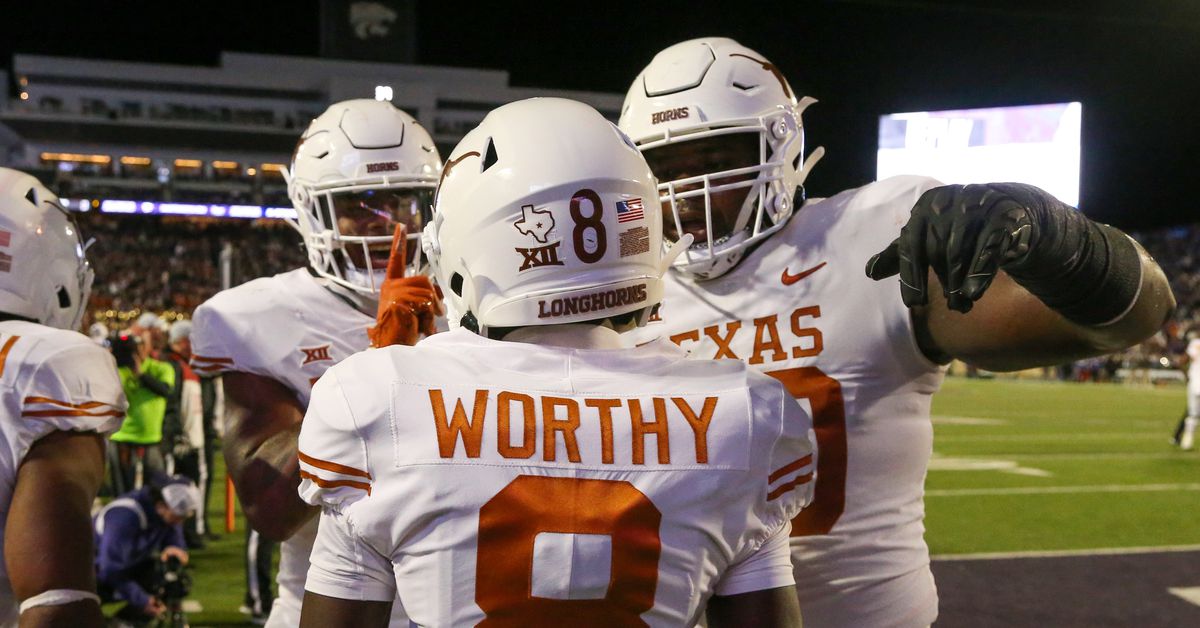 After last weekend’s 34-27 victory over the then No. 13 Kansas State Wildcats, the Texas Longhorns moved from number 24 to number 18 in week two of the College Football Playoff rankings released Tuesday.

The victory over the Wildcats also took the Longhorns back into the AP Top 25, also at 18th, and into the Coaches Poll at 18th. 🇧🇷

The loss in Manhattan left Kansas State 19th, the only other Big 12 program currently ranked by the playoffs committee besides TCU, which rose from 7th to 4th, while Oklahoma State dropped out of the rankings for the first time in 18 weeks after two consecutive losses.

With College GameDay on Forty Acres, Texas will host the TCU on Saturday in one of the biggest games of the weekend.