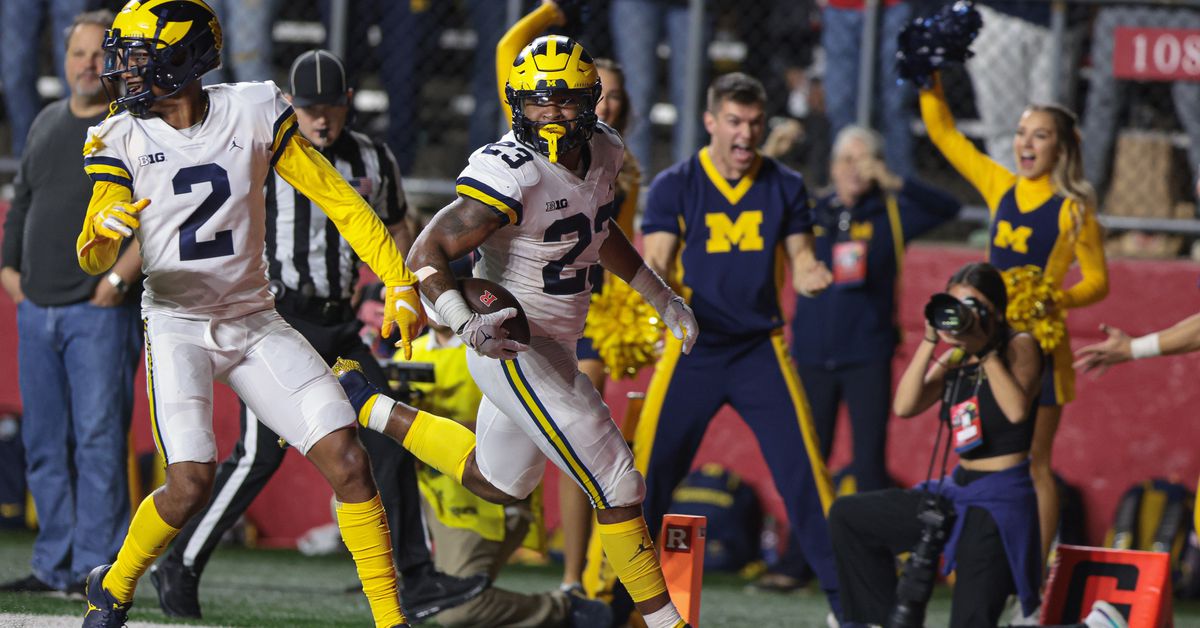 It looked like the universe was against the Michigan Wolverines on Saturday night.

In terms of personnel, Michigan was hampered before the game started and the problem only worsened overnight.

During the game, reserve starting left tackle Jeffery Persi was injured, starting left guard Trevor Keegan was out early with an injury, tight end Luke Schoonmaker was injured and lost some time, starting quarterback JJ McCarthy took a plethora of hits, and Heisman fighting back Blake Corum was vomiting on the sidelines due to “a lot of adrenaline.”

On defense, Michigan continued to play 50/50 and suddenly the Wolverines were down at halftime for the first time all season, 17-14. The first half against Rutgers was unequivocally the worst half of Michigan’s season by factors within and beyond their control, and had fans across the country embracing the “It’s just not our night” mentality.

This game looked like the combination of two of Michigan’s worst performers of the past year: Nebraska in terms of limited personnel on the road and Rutgers in terms of a lethargic effort against a physical team.

But in the second half everything changed. Michigan was physically imposing on both sides of the ball, forced three interceptions (one returned for a touchdown) and opened up a dominant lead before heading down the home stretch to secure a 52-17 victory.

How did the switch turn? When interviewed post-game, edge Mike Morris denied any motivational speech or halftime theatrics to inspire players, but alluded to a shared understanding among the team that the first half was not up to their standards and they would fix it.

This kind of trust and belief is not manufactured; it has to be conquered through the fire of failure and forged through a culture. Last year’s team helped build that team’s fundamental identity, but Team 143 showed they took it to a new level.

I have no doubt that the team last year would have overcome a performance like Saturday’s and won the game, but they couldn’t have done it as emphatically as this one.

Good teams win on good days, but great teams win on bad days. And bad days for the Wolverines now mean winning on the road by 35 points with a pair of 100-yard runners.

Michigan even showed improvement this game in terms of red zone execution, scoring five touchdowns on six trips and turnovers, ending the night with +3 in takeaways.

McCarthy showed a first-half toughness that values ​​a quarterback for his team and, despite an average performance, still ended up with a stat line comparable to a Columbus Heisman favorite.

On Saturday, we learned that it’s still ‘Michigan vs. Everybody’, and that includes the universe.

The Wolverines are 9-0 and still haven’t played their best football, and that should be alarming for some teams when you consider what Michigan did to Penn State. Michigan is a better team than it was a year ago and will have a chance to prove it at the end of November.