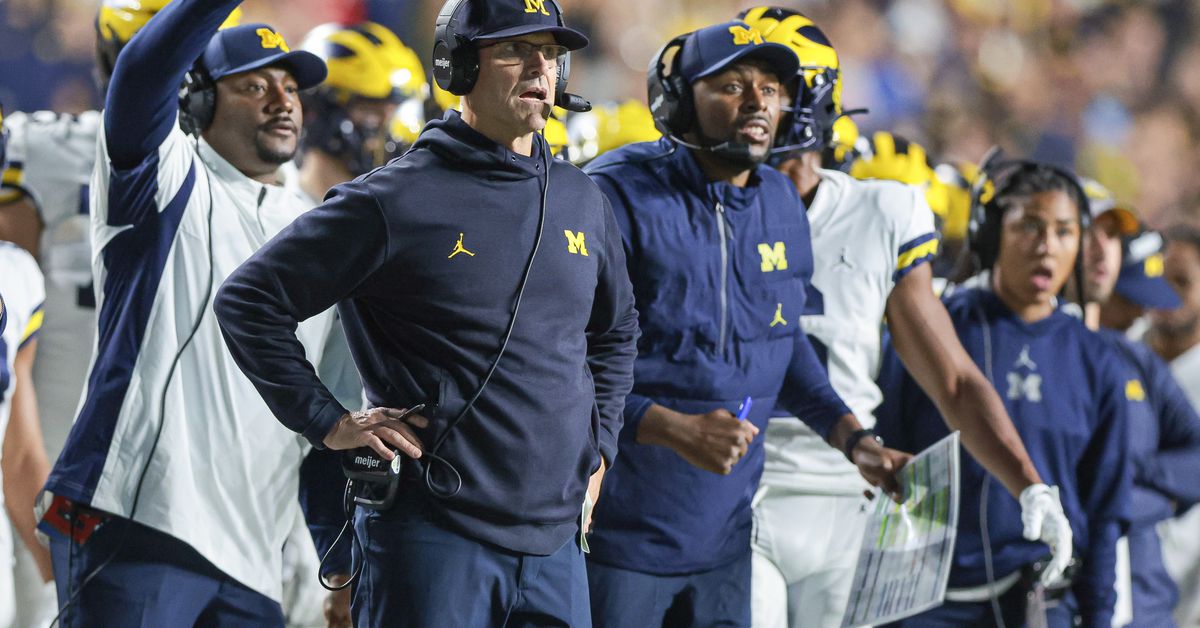 Following his team’s victory over the Rutgers on Saturday, Michigan head coach Jim Harbaugh took to the media to recap the Wolverines’ performance and answer other questions related to his team.

Here are the most notable comments from the press conference.

On the performance of reserve offensive linemen – “Very good, especially when (Raheem Anderson) came in there, he played really well. Like Andrew Gentry, Andrew is very good at protecting field goals as well. But I thought there were great snaps for them, along with Jeff Persi – Jeff had a really good game, a lot to build on, a lot to build on.”

On the emergence of Luke Schoonmaker – “He had a very good season. From the start he was well trained and well prepared for this, and just playing really well, really hard. He does everything the team asks him to do – blocks, runs good routes, does the hard grip, does some diving grips. He is doing an excellent job.”

On what makes this team dominant in the second half – “What I would highlight more than adjustments or anything is how hard our guys are playing. He just yells at you on tape when I watch, especially on defense but also on offense and the way we play on special teams. But it’s so noticeable how hard our guys are playing, and it’s 60 minutes of that kind of effort. As the game progresses, conditioning certainly does play a role, but it’s consistently at a high level. The hustle is there – it’s a constant hustle, it’s a hustle all the time.”

About refocusing in red zone units – “The game (MSU) we played where we got there four times and we didn’t get the ball in the end zone twice, two of those were the result of losing yards. When you’re getting the ball on the five or the six in this game, we were going straight. 1st and 6 become 2nd and 2nd, 2nd and 2 become 3rd and 1, 3rd and 1 become 4th and 1st, 4th and 1, touchdown. I wanted that scenario to happen in this game, and we were lucky enough to get into it.”

On Will Johnson’s Performance – “I talked about it a few weeks or months ago about how well he was covering the guys in practice. Just a real talent, to cover in man-to-man situations, to break the ball in the zone, to see the ball in the end zone. Most players you see first in training and then in game, so it wasn’t a surprise, but very happy with the way he is playing.”