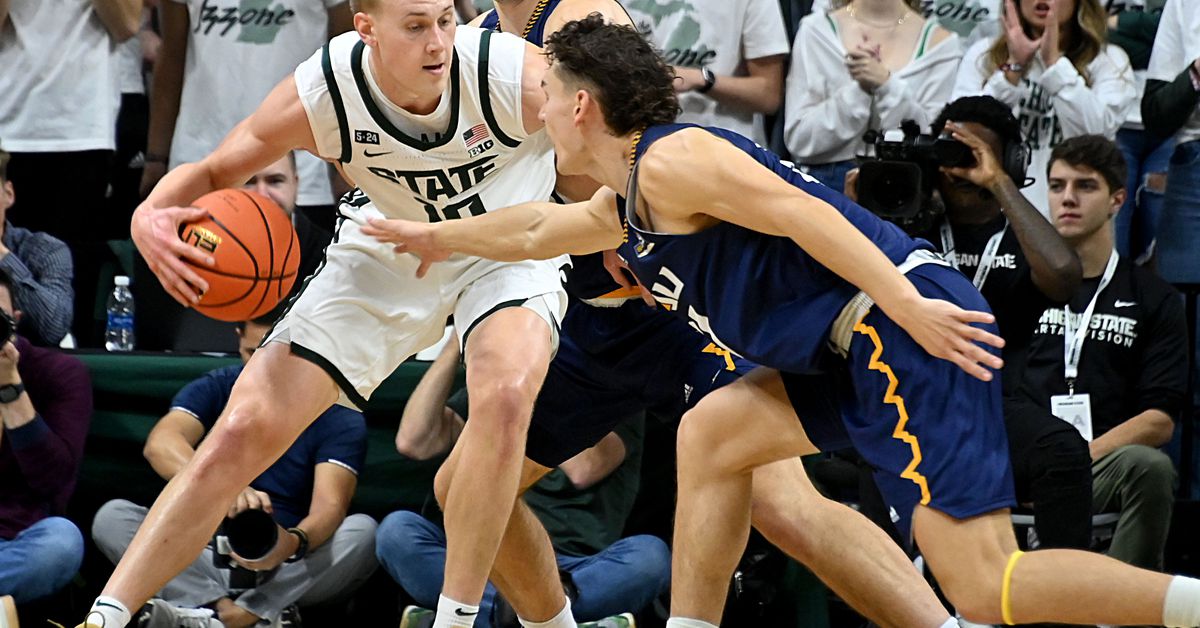 Before the game, Michigan State announced that would honor two players with a patch on their jerseys this season. The patch features #5 and #24 alongside a Spartan Helmet logo. The numbers honor Adreian Payne and Stan Washington, respectively, both of whom died last year. Payne played for MSU from 2010 to 2014, leading MSU to the Elite Eight in his final season. Washington played for MSU from 1963 to 1966 and finished his career on the show in second place in scoring.

Many MSU players were at the top of the stat list. Even at the end of the first half, Hauser had 10 points. Both Hauser and second point guard Pierre Brooks had double-digit point totals to finish the game. Hauser finished with 18 points (and 10 rebounds) and Brooks had 14 points. Hoggard had nine points and eight assists.

The Spartans started fast and early, and they never lost in the game. MSU took a 34-20 lead at halftime. Offensively, Northern Arizona struggled in the first half, shooting just 26 percent from the field.

All three rookies – forward/center Jaxon Kohler, center Carson Cooper and point guard Tre Holloman – played in the game and scored at least one point. The initial plan with Cooper that was talked about throughout the offseason was that he would be considered for a red jersey. That won’t happen now, as he impressed all summer and in pre-season training, and ended up earning a spot in the rotation.

Michigan State ended the game with 16 personal fouls. Hoggard and Holloman had three each. The good news, however, is that Sissoko only had one foul – he averaged 9.9 fouls per 40 minutes last season.

Next, Michigan State will face No. 2 Gonzaga in the Armed Forces Classic on Friday (November 11) on ESPN. Tipoff is scheduled for 6:30 pm Eastern San Diego time.