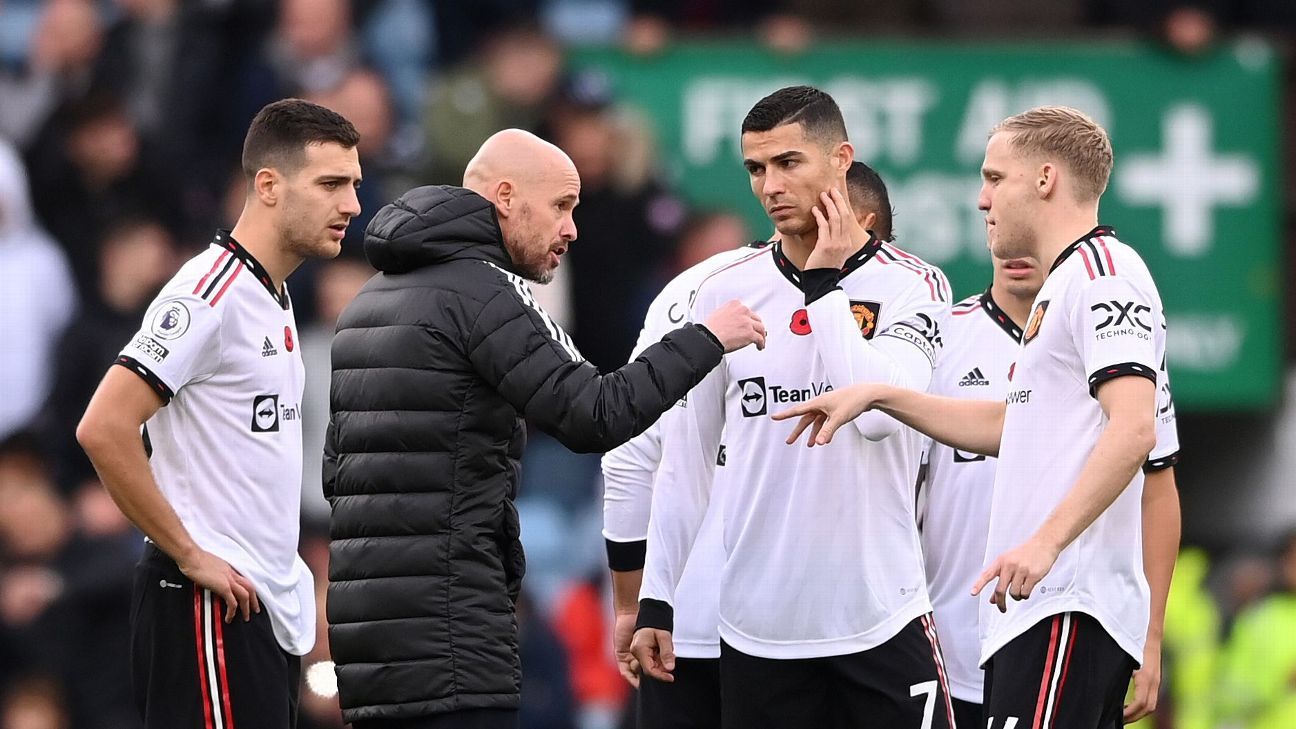 Erik ten Hag called Manchester United’s tactics during their 3-1 defeat to Aston Villa “stupid”, while accusing their players of not following the game plan.

United’s nine-game unbeaten run came to an end at Villa Park in Unai Emery’s first game in charge with Ten Hag after calling the performance “unacceptable”.

The Dutchman was particularly unhappy with his team targeting crosses into the penalty area for Cristiano Ronaldo, who was named captain of the day in the absence of Bruno Fernandes and Harry Maguire.

“I think it was stupid to do that,” Ten Hag told a news conference after the game. “Because we deliver very fast crosses from very far and a lot of strength and we don’t help him.

Ten Hag were also unhappy with the way United started the game after losing 2-0 in the 11th minute.

– Dawson: Loss another step back for Ten Hag’s United

He said his players didn’t “follow the rules” – the same criticism he leveled at his team after their 6-3 defeat to Manchester City a month ago.

“I’ve been in football for a long time, they are people; human beings are not robots,” he added. “Sometimes it’s just the way it is and it’s psychological, but it’s not acceptable. Don’t get me wrong, we have to be ready for every game and not give up games so easily. When you start a game like that, you get beaten.”

United did not have Fernandes against Villa, while the Portuguese midfielder served a suspension.

In his place, Donny van de Beek started a Premier League game for the first time in 701 days, but Ten Hag dismissed the suggestion that Fernandes’ absence was instrumental in the result.

“Bruno Fernandes is an important player, but what do you want to express, no, I don’t have that feeling,” said Ten Hag.

“It’s about the players on the pitch. They have to win this game and if they do their job, 100 percent, with passion, desire, following the rules and principles of football, then we will win this game.”