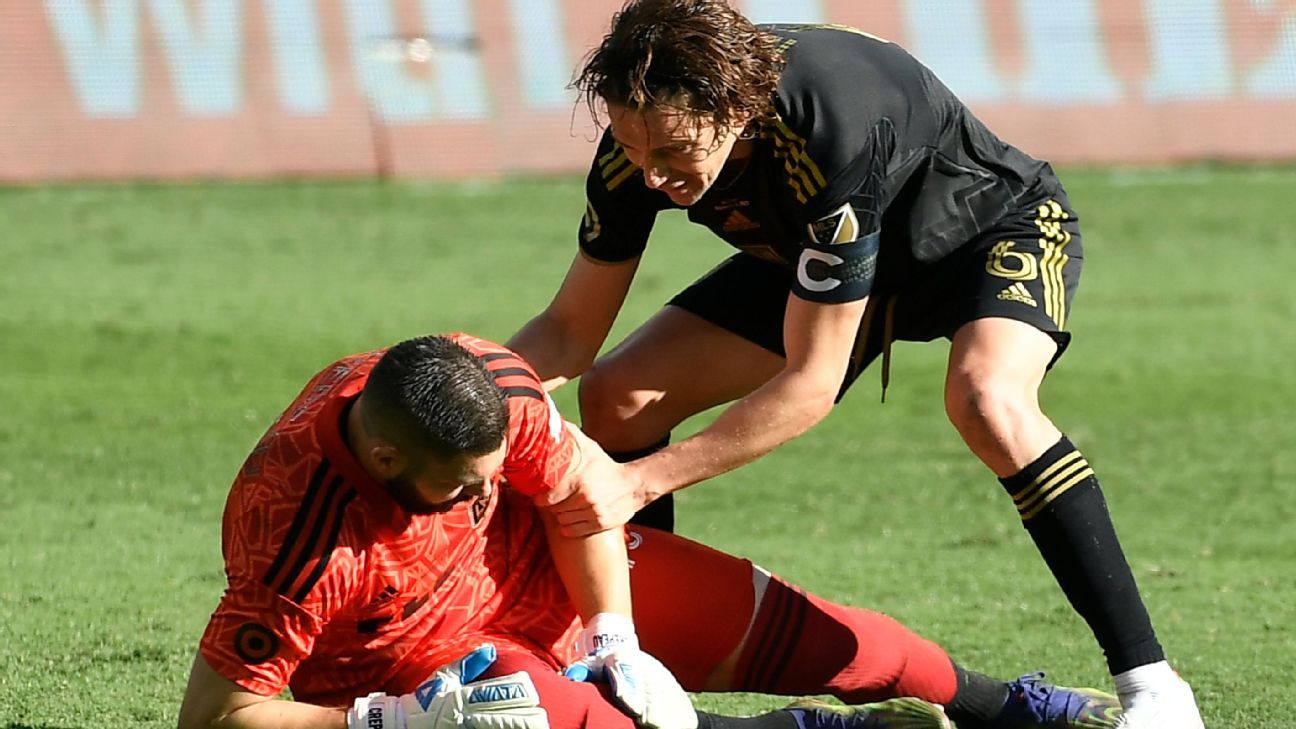 LAFC goalkeeper Maxime Crepeau broke his right leg when he committed a red card foul during overtime in the final MLS Cup win over Philadelphia Union, the team confirmed on Sunday.

Crepeau performed what the LAFC called a successful surgery at Kaiser Permanente’s Baldwin Park Medical Center. On Monday, it was announced that he would miss playing the World Cup for Canada.

Crepeau was injured as he came out of the net and collided with Philadelphia’s Cory Burke to prevent a clear scoring path for a possible goal in a 2-2 game. Crepeau was taken off the field in a trailer.

Crepeau, 28, joined LAFC in January from the Vancouver Whitecaps. He also played for Montreal during his MLS career.