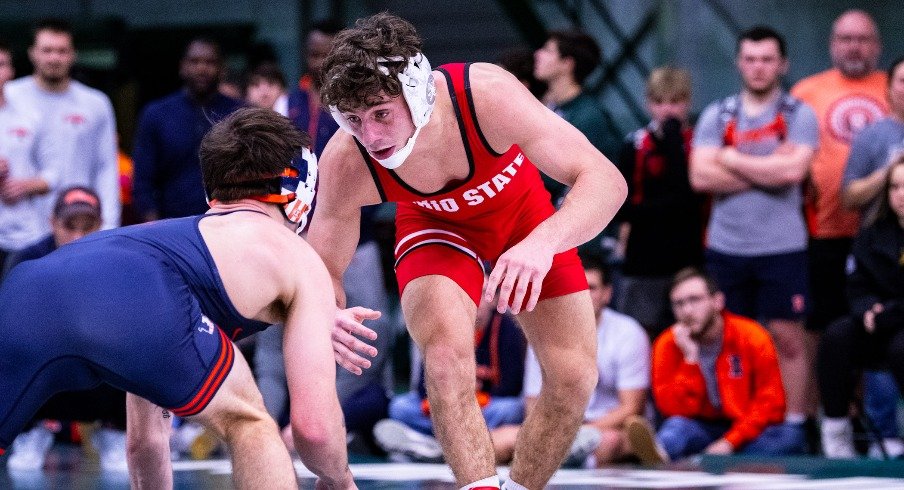 Rookie Jesse Mendez was named the NCAA Fighter of the Week on Monday after roaming the 133-pound field at the Michigan State Open tournament over the weekend.

As a team, the Buckeyes won eight titles in the first action of the season and had three second-place finishes.

Mendez had no problems with his first two opponents, winning via technical takedown over Michigan’s Wilfried Tanefeu in the opening match, and then defeating Cleveland State’s Cody Moosman midway through the second period. In the semifinals, Mendez defeated Haiden Drury of Utah Valley 5-0 by decision.

In the championship fight against Illinois All-American Lucas Byrd, neither fighter managed to score in the opening period. Byrd escaped to start the second with a 1-0 lead going into the third, but Mendez evened the score with a late third breakout and secured a 3-2 decision win with a takedown.

Mendez was the #1 overall recruit in the class of 2022 and came to Columbus instead of committing to other Big Ten programs including Iowa, Penn State and Michigan.

“They’re building something special and they’re building a dynasty,” Mendez told FloWrestling when explaining his commitment last November. “It was a tight decision, but it was the biggest part of Ohio State… This might be the best recruiting class ever, and I wanted to be a part of it.”

Calling this the best recruiting class ever is not entirely hyperbole. In addition to Mendez, the class includes Nic Bouzakis, the class’s second recruit according to FloWrestling, Nick Feldman, the class’s third recruit, and state standout Seth Shumate.

Bouzakis had an excellent tournament in East Lansing, winning the 133-pound title in the rookie division. He defeated Illinois’ Koal Brower at 1:18 of the championship match; Bouzakis won by takedown in three of the four matches of the day and won the other by major decision (12-1).

Ohio State opens its two-date season at 7pm on Friday against Virginia Tech’s No. 15 at the Covelli Center.