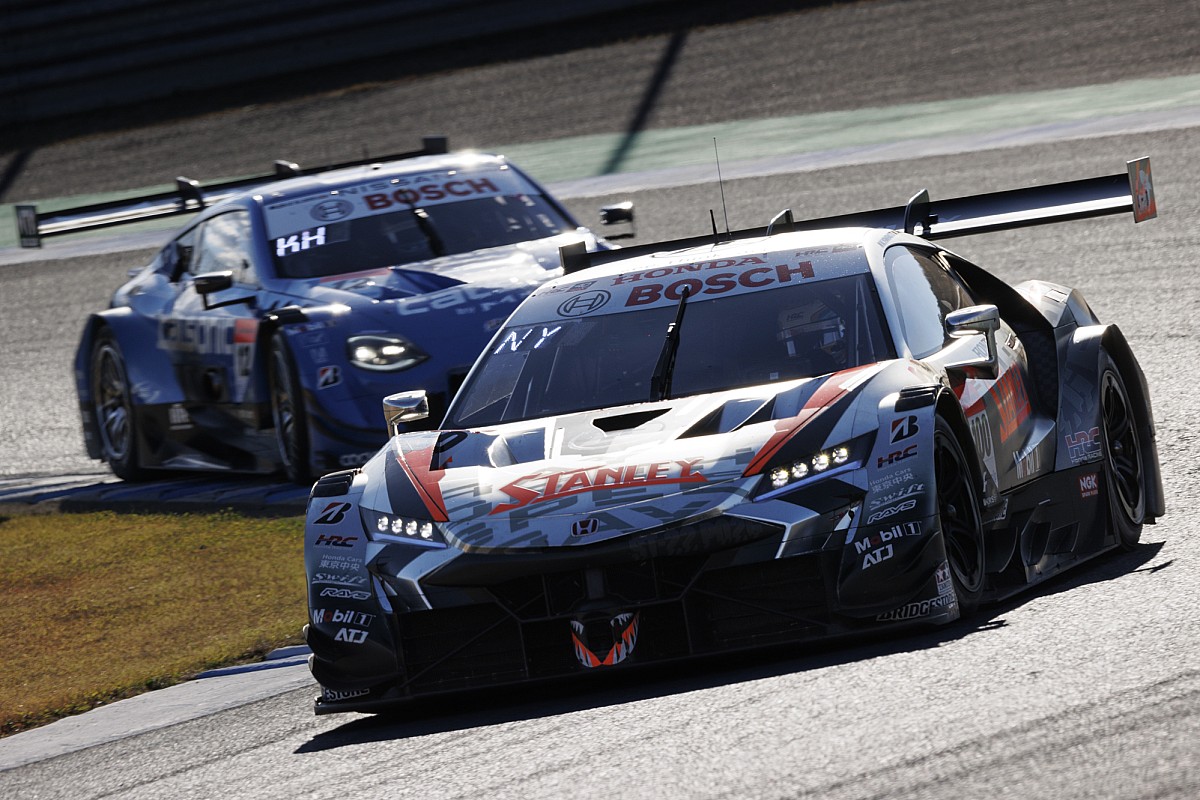 At the end of the season at Motegi last weekend, Honda took a first pole position and a second victory with the updated Type S version of the NSX-GT, with Team Kunimitsu duo Naoki Yamamoto and Tadasuke Makino dominating.

But it wasn’t enough to stop Nissan from ending a losing streak since 2015, as Honda’s highest placed car in pre-race points, the The real race car of Nobuharu Matsushita and Koudai Tsukakoshi only managed to take fifth place.

Nissan looked like title favorites after claiming victory at Sugo on a day that heavily favored the Michelin tires of the two NISMO cars that finished first and second, while the Impul Z, which eventually took the title, finished fifth despite carry a three stage fuel flow restrictor.

Both the Kunimitsu and the Real NSX-GT looked good for a strong result in the dry, but the rain saw them finish eighth and 12th respectively.

Honda’s head of car development Tomohiro Onishi feels this was the hindsight race in which the Sakura brand lost to Nissan.

“When I looked at this year’s calendar, I realized that the first half of the season was going to be difficult, but even so in most races we managed to score good points and things looked promising,” said Onishi.

“The moment when the momentum changed was the wet race at Sugo. There we had to score big points on a track that suited our car, and we couldn’t. I think that was the biggest cause of our defeat.”

Despite a promising race start for Real Honda, with Matsushita moving from 10th on the grid to fourth early on, the car shared by him and Tsukakoshi lacked the pace towards the end of the race to mount a real challenge.

“I was quite aggressive overtaking some cars [after the start]so I got the chance to fight Baguette,” Matsushita told Motorsport.com. “I managed to get ahead of him once, but it wasn’t enough [to keep the position].

“Then things calmed down and I moved on to Koudai, but after that the pace with the tires wasn’t good and we struggled a lot. That was it, I think. We didn’t have the pace to catch up. .

“I really enjoyed the race actually going from P10 to P4 [in my stint]. But finishing fourth in the standings… is nothing!”

“When we started racing, we noticed that the grip was worse than at the time of the test, although the car [set-up] was the same, and the mood was almost the same,” Tasuka told the Japanese edition of Motorsport.com.

“We were planning to try some big configuration changes, but we were thinking, ‘why is this so?’

“During the test we were able to evaluate the tires correctly and we arrived with the same set-up we used back then. But looking back, the tire temperatures were a little low so I don’t think we were able to warm them up enough.”