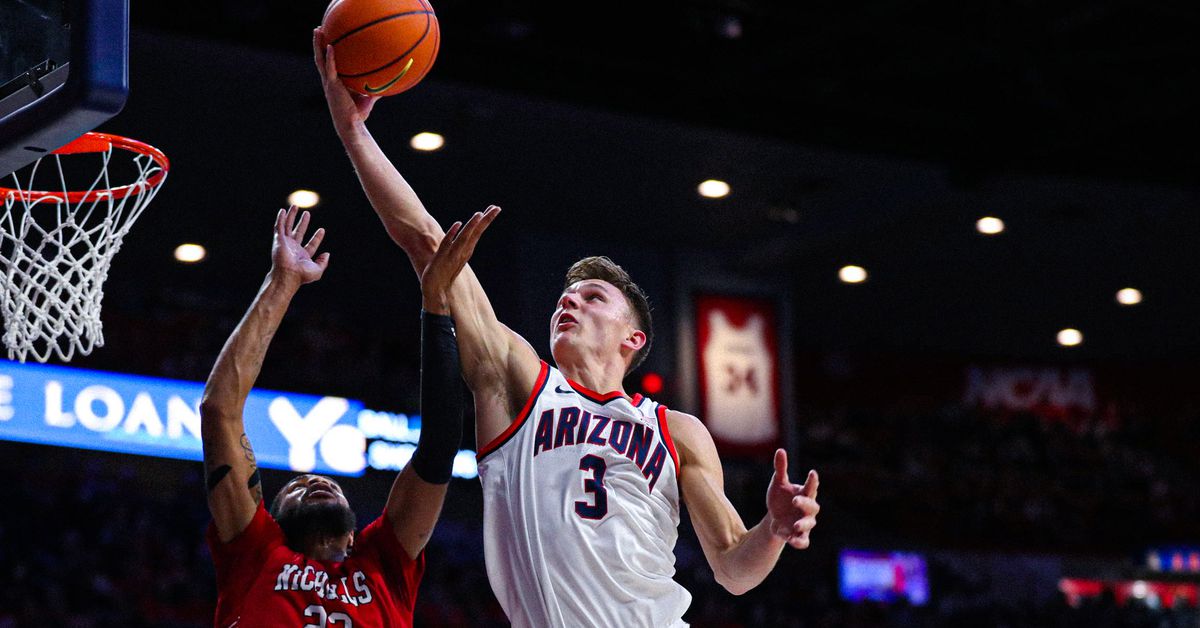 Tommy Lloyd cautioned that Arizona’s first game was not against a “normal” season-opening opponent because of the pressure Nicholls puts on ball handlers. But the result was very similar to what the Wildcats had at the beginning of last year.

No. 17 Arizona dominated from end to end in a 117-75 victory over Nicholls, scoring the most points in a game since 1998 and tied for ninth in school history.

The UA assisted on 30 of 38 field goals, with five different players handing out at least four cents. This included Kerr Kriisawho had nine points (making 2 of 3 3s) and seven assists.

The Wildcats led 59-37 in the first half, their most points in the first 20 minutes since 2008. The lead reached 30 less than the second minute of the second half after a bal 4 point game.

Nicholls made his first shot in the opening minute. By the time he made his second, Arizona had already won the game, leading 30-4 thanks to a 16-0 run between the first and second media timeouts.

Five different Wildcats scored during that race, including triples per Cedric Henderson Jr., Larsson and bal.

UA went through a five-minute break, being outplayed 16-11 and turning five times in that span, but then scored the next nine points to lead by 26 with 4:53 remaining in the first half.

Arizona is back in action Friday at home against Southern, who opened their season at UNLV.