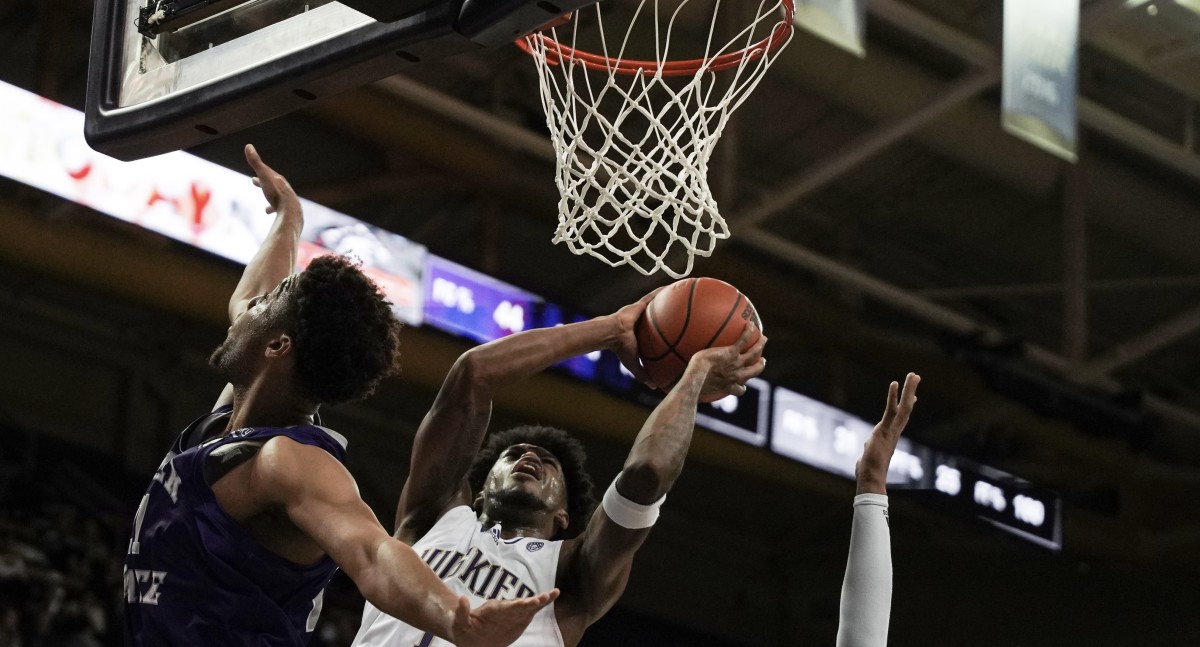 You get the idea that Kentucky just rolls the ball on the ground and lets a crowd of exquisitely talented basketball players fight for it, and then heads to the NBA.

It works for some, but not for Keion Brooks Jr. He wanted more than that, something tangible.

So, after three seasons at SEC high school, how did he end up at the University of Washington, leaving Bluegrass State behind and ditching the pros for the time being?

One, Brooks had known Husky guard PJ Fuller from their basketball trips since they were 13 or 14 year olds.

What Brooks didn’t say was that coach Mike Hopkins and the Huskies likely suggested they would make him the centerpiece of this team similar to Terrell Brown, the Pac-12’s leading scorer, the year before.

That was on full display Monday night when he led all scorers with 20 points and added 7 rebounds in a 69-52 win over Weber State at the Alaska Airlines Arena.

“Coach Conroy was tremendous recruiting me and my family,” Brooks said. “I knew they had PJ. I knew how good he was and how talented he was. That’s also what drew me here. When I called Coach Hop, it kind of sealed the deal.”

Brooks, who was an All-SEC academic honoree, speaks softly and answers questions thoughtfully. He was a team captain in Kentucky. He’s not jabbering Brooks. He wanted more of the cerebral side of basketball.

Brooks started 42 of 80 games and averaged 4.5, 10.3 and 10.8 points per game each season. However, he seemed to think he was languishing in Lexington.

He is the second former Kentucky player to become part of the Husky program in the past three seasons, following point guard Quade Green to Montlake, who is now in the G League.

The difference is that the Wildcats kind of left Green. This was not the case for Brooks, who was still highly valued but felt he was not making enough progress on John Calipari’s program.

“I’m a ball player,” Brooks said. “I just want to get 1% better every day. They told me they would help me find myself again, find the love I had before, when I was playing as myself and being a better version of myself.”

So he came to UW looking for an emotional boost in his final season of college basketball that will hopefully help take him to the next level of the game.

“I forgot how good I really was for sure,” Brooks said. “Coach Hopkins does a great job of putting love and trust in all of his players. This is something I wanted to be a part of, something I needed.”

Visit si.com/college/washington to read the latest Inside the Huskies stories – As as soon as they are published.

Not all stories are posted on fan sites.

Find Inside the Huskies on Facebook by searching: Inside Huskies/FanNation at SI.com or https://www.facebook.com/dan.raley.12