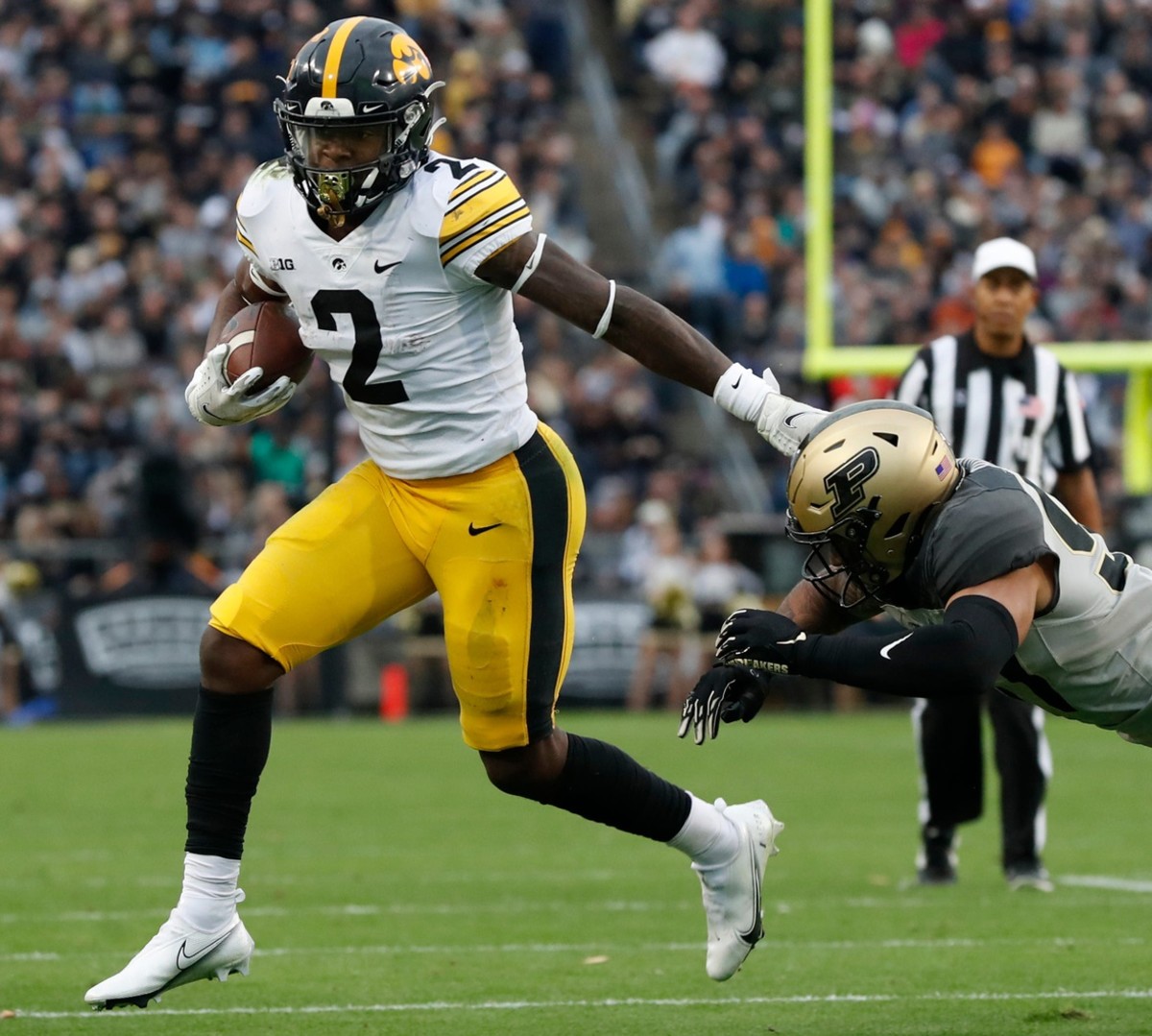 WEST LAFAYETTE, Indiana — After logging 200 yards and a touchdown in 22 carries last Saturday against the Purdue defense, Iowa rookie running back Kaleb Johnson has been named Big Ten Offensive Player of the Week. The Hamilton, Ohio native also won the conference freshman of the week award.

It was his first 200-yard game on the ground and only the second 100-yard performance of his career. Johnson led the Hawkeyes to a dominant 24-3 victory on Saturday at Ross-Ade Stadium.

The Boilermakers have now allowed back-to-back 100-yard runs after being strong against the rush in the first seven games of the season.

“We lost 200 yards to a running back, it’s not our best performance,” defensive lineman Lawrence Johnson said after the game. “It’s kind of embarrassing because we’re proud to stop the race, and obviously we didn’t do that tonight.”

Johnson was firm against Purdue, averaging 9.1 yards per carry and only being beaten on three attempts, but he also snatched three 10-plus-yard carries in the contest. A 75-yard touchdown on the second scrimmage play in the third quarter was the final game score for either team.

This season, Johnson recorded 96 carries for 553 yards and four touchdowns. His first 100-yard performance came on September 17 in a 27–0 win over Nevada.

Johnson is the first Hawkeye rookie since Marcus Coker in 2010 to have two 100-yard rushing games. His 200 yards is the 18th most in a single game in the show’s history and the second most by an Iowa rookie of all time.

You can stay up to date on everything at Boilermakers Country by liking and following our Facebook page: Purdue Boilermakers at Sports Illustrated/FanNation.